20 years after the death of Hip-Hop icon Tupac, Hot 97 on air personality Funkmaster Flex and Ray J‘s manager Cash Jones are throwing out claims that have sent fans into a frenzy.

During an Instagram Live session, Funkmaster Flex and Junior Mafia member Lil’ Cease began talking about the night when Tupac was shot in New York City at Quad City Studios. The incident, which led to the most infamous beef in Hip-Hop and also segregated the genre by coasts, resulted in Tupac being shot multiple times including in the groin after being accosted in an elevator during an alleged robbery attempt. Flex and Cease claim that the only reason Tupac was shot was because he “resisted” during the robbery and also that his fear resulted in him

Flex and Cease claim that the only reason Tupac was shot was because he “resisted” during the robbery and also that his fear resulted in him shooting himself first, subsequently leading to other shots being fired resulting in his injuries.

“If he would have just gave up the jewels, he wouldn’t have gotten shot,” Flex said. “But he was resisting and he was so scared that he shot himself by accident but ya’ll Pac fans don’t want to hear the truth.”

Although Cease wasn’t audibly commenting, he did comment via text confirming the story that Flex said on his Instastory, claiming Pac was “never supposed to be shot.”

“He resisted from what I know,” Cease typed, ” And I heard he reached for his joint and pop his self  1st by mistake.” 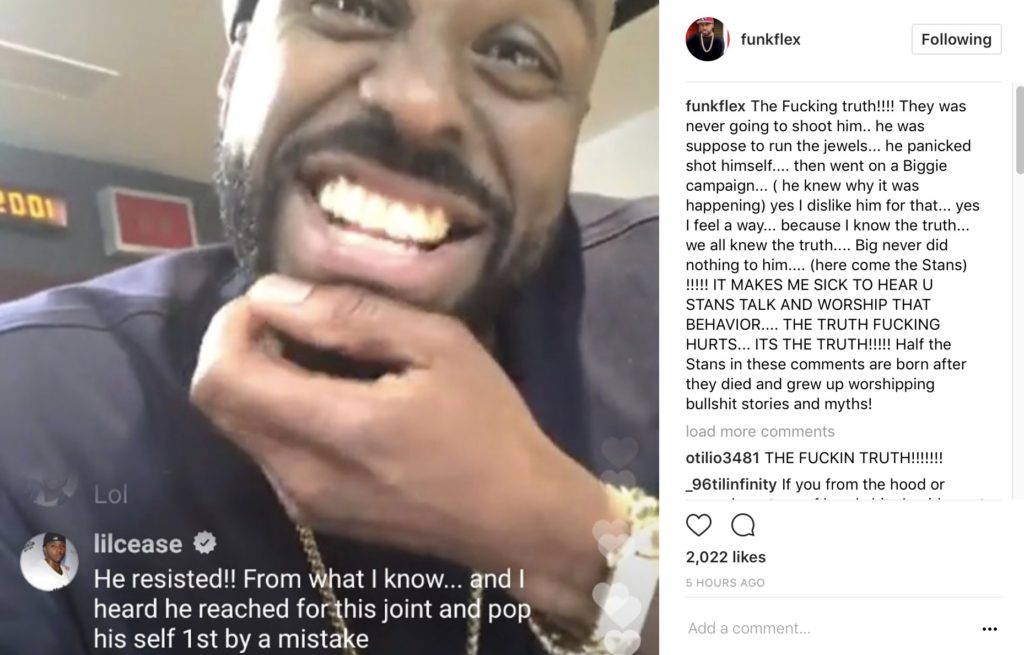 But Flex wasn’t the only one going in on the West Coast legend,  Cash Jones also took to Instagram to claim that Pac was a “part-time hardass n*gga.” In the post that has since been deleted, Jones claimed that Tupac was a “buster” who pretended to be a gangster for fame. Jones then later recanted on his claim, stating he instead meant that Pac couldn’t be classified as a gangster but instead a revolutionary.

Flex has yet to recant on his statements regarding Hip-Hop’s most treasured son, instead posted a pic of the Notorious B.I.G. with the caption, “Real N*gga”, before going on a twitter rant with even more accusations against radio DJs in New York. A lot of these ny radio dj niggas play records cause they scared of street niggas!

After severe backlash from fans, Lil Cease also issued a written statement clarifying that his comments were not to “speak bad on anyone.” 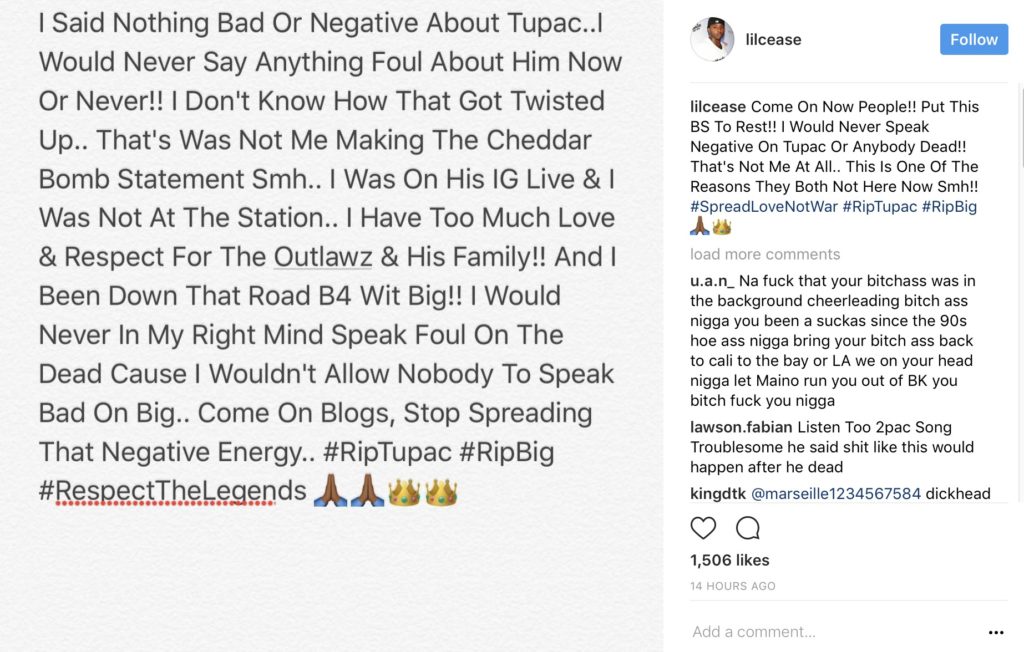 Check out the video and tweets below. 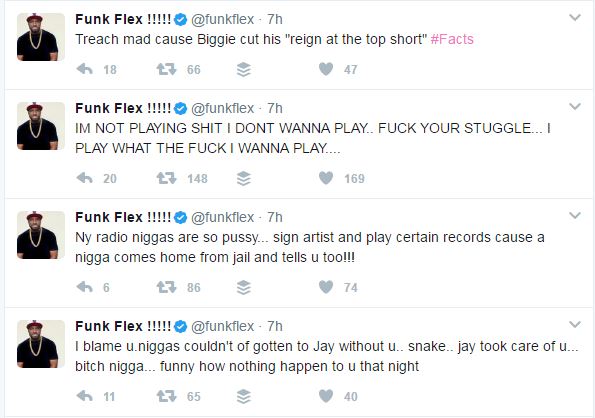 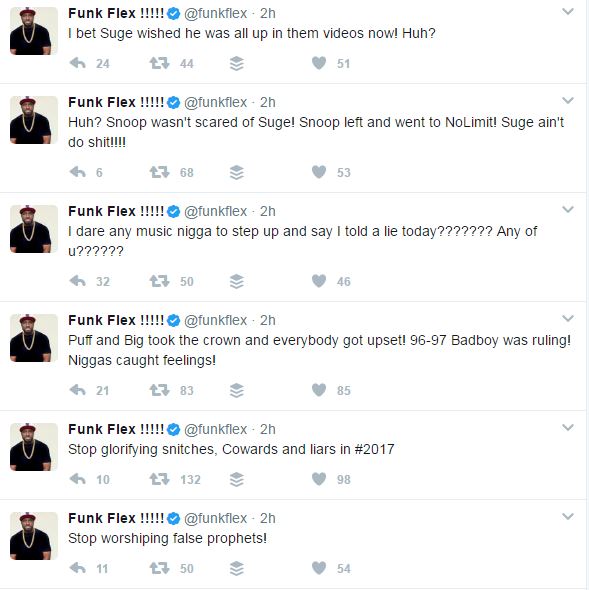