Donald Glover and his brother Stephen are bringing an animated series starring Marvel’s Deadpool to TV.

FXX has ordered 10 episodes of the untitled animated series, which is set to debut on FXX in 2018.
Glover and his brother Stephen Glover will act as executive producers, showrunners and writers.

A few months ago it was announced that the multi-talented actor and rapper had signed an overall production deal with FX to create, produce and write others shows outside of Atlanta for the network.

“Donald is a remarkable artist, effortlessly shifting from actor to writer, producer, director and musician to create one amazing project after another,” Nick Grad of FX Productions told The Hollywood Reporter. “Atlanta was just the beginning, the breakout comedy of the year and a series revered as much for its originality as its honest look at the experience of being aspiring, young and black in that legendary city. We’re proud to partner with Donald in an overall deal that will allow him to continue turning his creative vision into incredible television.” 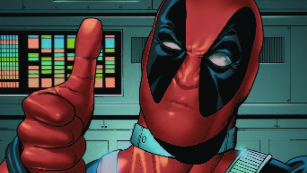 On the recent announcement, Grad said: “Donald Glover is an incredibly gifted and versatile artist who’ll bring the untitled Marvel’s Deadpool series to life with the same intense, singular vision as his breakout hit Atlanta.”
The new show adds yet another thing to Glover’s already busy schedule. In addition to appearing in this year’s Spider-Man: Homecoming, he’s also playing Lando Calrissian in the upcoming Han Solo anthology film, and voicing Simba in the live-action remake of The Lion King.
Atlanta’s second season returns in 2018.