On Thursday (May 24) Donald Trump pardoned Jack Johnson, who was one of the first celebrity casualties of Jim Crow America. For those of you not in the know, Jack Johnson  (aka the Galveston Giant) was an American boxing legend who, at the height of the Jim Crow era, became the first African American World Heavyweight Boxing Champion (1908–1915).  Much like Muhammad Ali, he was punished as a Black boxer who broke the color boundaries to ascend into greatness. During his rise to glory, there were Americans who weren’t ready for a Black athlete to take the Heavyweight belt, so they found a crime to bring him down.

Let’s look at what Jack Johnson’s crime was exactly.

Once Blacks were allowed to fight against their white counterparts for championship belts, Johnson beat Canadian Tommy Burns, in Sydney, Australia on World Boxing Day in 1908. This raised the sentiment for a “great white hope” to take the title back after all the press that Johnson received. Racial tension at the time contended that Negroes in America would put too much stock in his victory.

Dubbed as the “Fight of the Century,” Johnson dominated and defeated Heavyweight Champion James J. Jeffries, who came out of retirement for the bout on July 4th 1908.  He ended it with his signature uppercut to knock out Jeffries two front teeth (which became embedded in Johnson’s boxing glove). To end Jack Johnson’s reign and fame after shattering Black stereotypes, he was falsely accused using the laws of the time. Riots even broke out in other parts of the country on the Fourth of July after his historic win.

On October 18, 1912, Johnson was arrested on the grounds that his relationship with then-girlfriend Lucille Cameron — who just so happened to be a white woman — violated the Mann Act. This law typically was against “transporting women across state lines for immoral purposes” due to her being an “alleged” prostitute. Her mother also swore that her daughter was insane. Johnson skipped bail and left the country with Cameron, posing as a Black baseball player. Finally, he surrendered to federal agents at the Mexican border and was sent to Leavenworth Penitentiary to serve his sentence in September 1920. 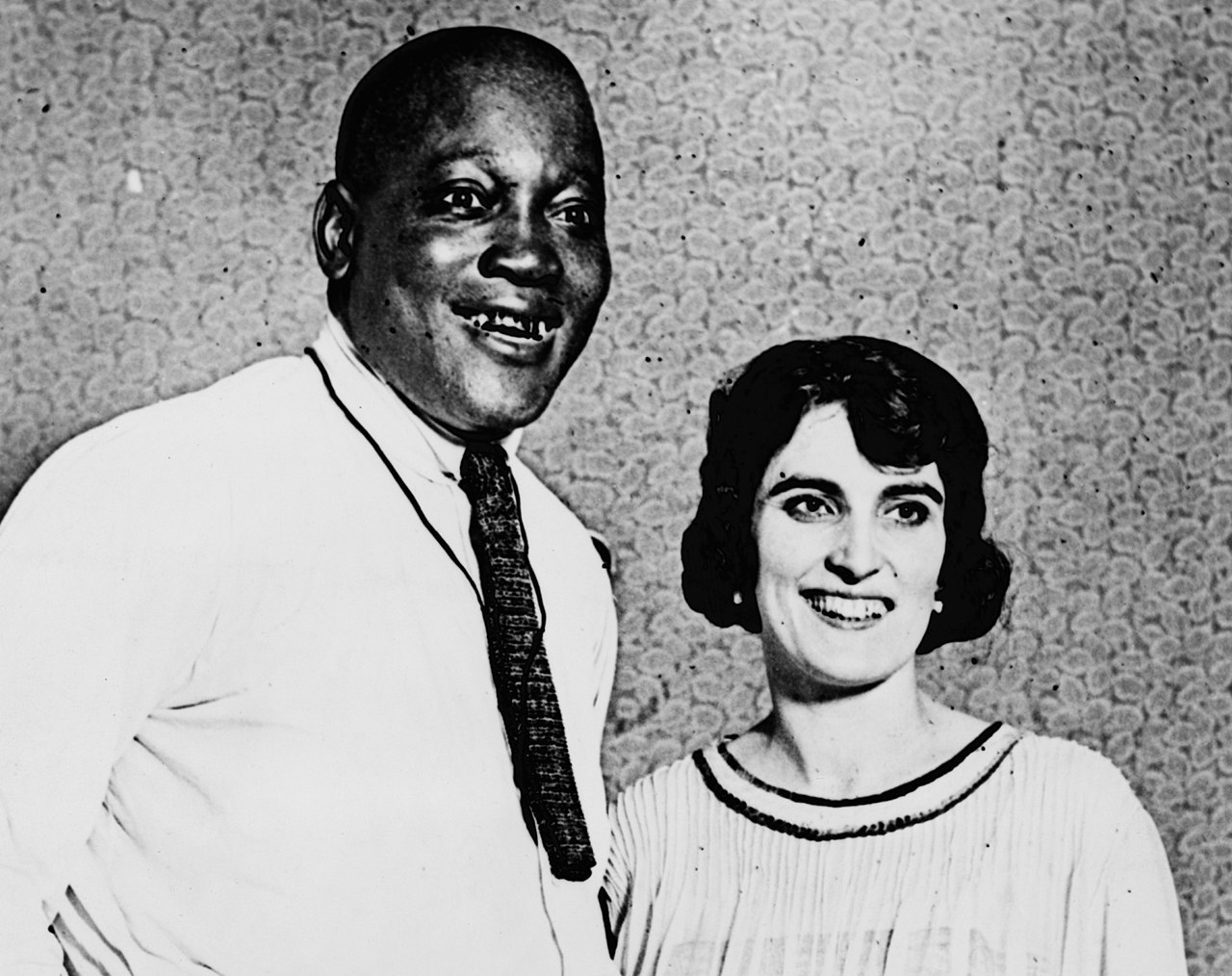 Fast foward to 2018. After years of various petitions by his great-niece Linda Haywood to presidents like Bush and Obama, and even with help from Senator John McCain, the case finally came full circle.

A century later, Johnson finds justice after being wrongly jailed so many decades prior, all due to his relationship with a white woman and setting racial tensions in America on fire. The pardon was signed in front of his great-niece Haywood and boxing film legend Sylvester Stallone. Stallone posted the momentous event to his Instagram, and even admitted that Johnson served as the inspiration for the character of Apollo Creed in his Rocky franchise.

With reigning Heavyweight champion Deotay Wilder and former heavyweight Lennox Lewis … Look at their incredible reach.… I think Rocky might have met his match for sure!! Great guys, great champions!We are in Washington for the presidential pardon of the first black heavyweight champion Jack Johnson!!!

Posing with Heavyweight champion Deotay Wilder and former Heavyweight Lennox Lewis, Stallone was elated about the momentous occasion. In the midst of Trump’s NFL controversy concerning kneeling during The National Anthem, it’s still a moment for joy as Johnson finally gets the justice his legacy so deserves.

Thank you one and all! Justice has been done! Keep punching