Have you ever wanted to produce music for a major artist? We recently spoke Keyz, from producer duo Ayo N Keyz, who dropped some gems on what you should do to become a successful producer in the music industry.

Ayo N Keyz has produced some of the hottest songs including Beyonce’s ‘Bow Down.” The duo met in 2014 through mutual friends and hit it off. From there they built a business relationship that resulted in the producer collaboration. The two went on to do hundreds of songs together and worked with major artists such as Chris Brown,  Bryson Tiller, Lil Wayne, Yo Gotti, and Puff Daddy.

In February, the pair won a Grammy for their work on Cardi B’s song Bickenhead from her debut album, Invasion of Privacy. The two also started a record label and publishing company, The Upperclassmen Music Group, LLC that is based in Orlando, FL. So if you are a producer here are 5 things you should do before you work with any major artist.

Understand the business side of it all. While being in the studio can be fun and looks good on social media, you need to make sure that your business is set up correctly. Keyz recommends that you have an LLC set up and to make sure that the songs you produce are registered properly so you can receive your royalties. Most people coming into the game don’t understand that they are a business.

“Get your LLC off the rip,” Keyz said. “If you are a  new producer just getting into the game, I would recommend signing up with the Public Performance Organization (PRO) some include BMI (Broadcast Music Inc.) and ASCAP (American Society of Composers), which will help you, collect your royalties.”

Keyz also says you should have a lawyer to “go through the entire contract with you.” And make sure you always write everything down. 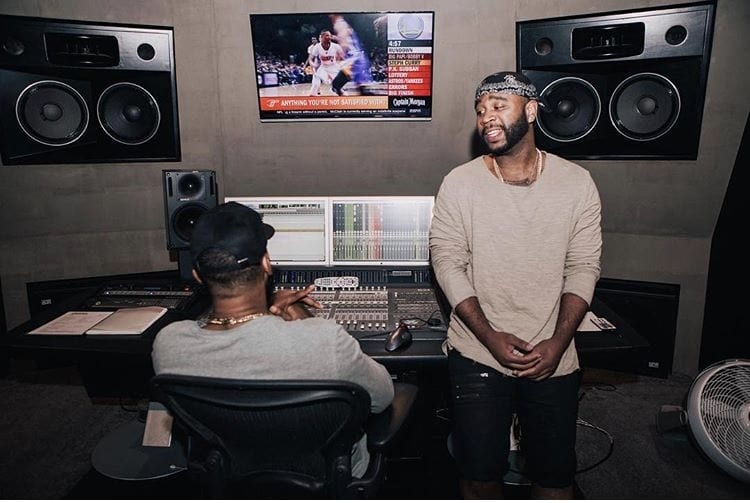 Be Prepared: Stay ready so you don’t have to get ready. Keyz says that you should always be prepared for anything. He recalled the times when he and Ayo would put in a countless amount of hours over the years perfecting their craft and building their catalog of tracks just so they could have music ready for whoever walked into the studio. When it comes to the sound quality for industry standards, and what artist want, you need to be creative, versatile and make sure everything is on point. Keyz advises studying what artist like and see how you can take it to the next level.

Networking: Instead of meeting someone and thinking, how can this person help me, Keyz, says, you should “build a relationship” with them. Although it can stressful at times when you feel like you are being ignored just relax and have “patience.” Keyz says there have been people he has met at least 10 times before they became cool.

Trust The Process: Keep working it doesn’t happen overnight. Success is something that you have to work hard for. Getting artist attention, the attention of the A&R’s and song placements aren’t easy but you have to learn how to the L’s and keep pushing.

“There are a lot of people who told me no in the past but now, they are my big homies,” Keyz shared. “You have to have thick skin Don’t take it personally it’s just something that happens you need to know how to maneuver through it.”

Remember it’s a marathon, not a sprint.

Branding: When it comes to branding yourself as a producer, you need a producer tag that sets you apart from the crowd. Create something so people can recognize your work.  For example,  Ayo N Keyz tag is #Holup and Metro Bommin has Future on his producer tag singing. Social media has become an instrumental tool for branding yourself. Keyz recommends using social media to your advantage because it allows you to connect with “artist and producers” all over the world.