The trial for Amber Guyger, an ex-Dallas police officer who was charged with the murder of 26-year-old Botham Jean, concludes its first week. Guyger shot and killed the young African- American attorney in his Dallas apartment last year after believing his apartment was her own and mistaking him for an intruder.

Since the start of the trial on September 23, the jury has listened to the 911 call Guyger made and her testimony, heard from the first responding officers called to the scene and watched residents and an investigator testify about how common it is to confuse the floor plans of the South Side Flats apartments where both Guyger and Jean resided. We have the most important highlights you don’t want to miss. 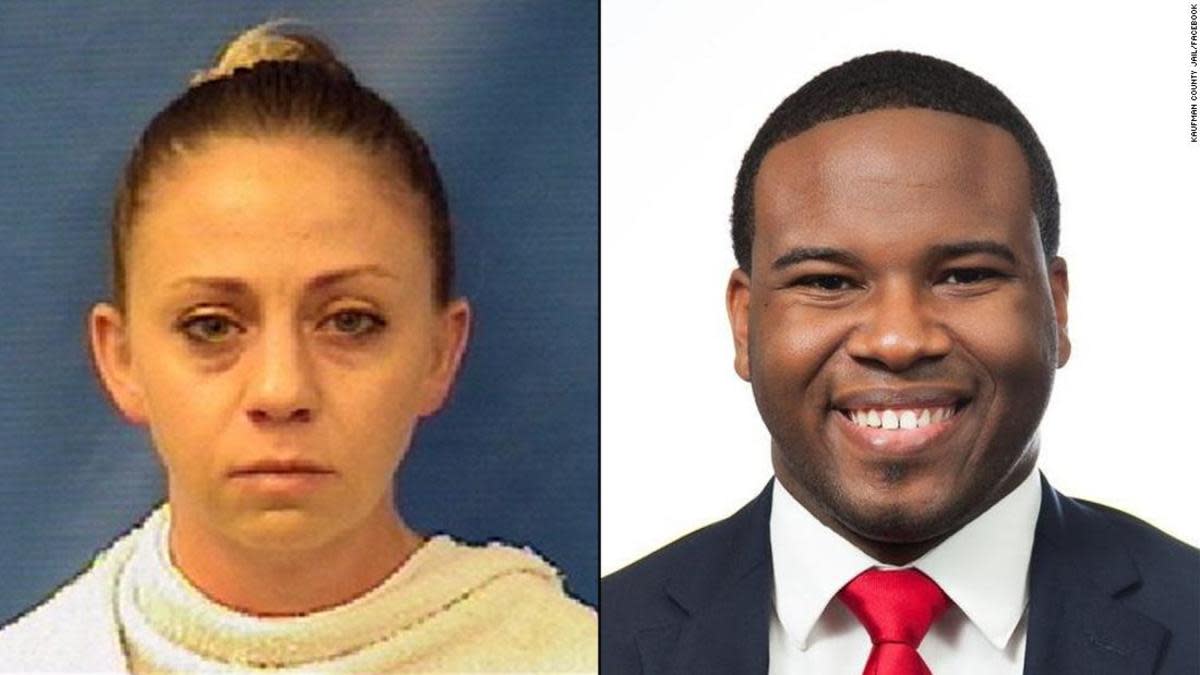 After issuing a gag order in January prohibiting the attorneys from speaking about the case, District Judge Tammy Kemp keeled over in disbelief to hear at the beginning of the trial that the rule was broken. “So let me be clear, on last night the evening prior to starting this trial, our elected DA did an interview about this trial,” Judge Kemp questioned. John Creuzot, Dallas County District Attorney, gave a press interview with FOX News that aired on the eve of the Guyger Murder Trial. Judge Kemp did not declare a mistrial, but she did isolate the jurors.

Priceless reaction from Dallas County District Court Judge Tammy Kemp to hearing that the Dallas County DA gave a TV interview on the eve of the Amber Guyger murder trial despite a strict gag order on all parties not to speak about the case. pic.twitter.com/g4TjMVcG4S

Ms. Guyger took the stand Friday remorsefully testifying about what happened on the night of September 6, 2018. Ms. Guyger stated she was returning home from work with her police gear in hand when she heard shuffling inside what she believed to be her apartment once she opened the door. “I saw this silhouette figure,” the ex-officer explains she feared for her life and this was the reason for her pulling out her gun. “I’m sorry… I have to live with that every single day,” the ex-officer cried. “I wish he was the one with the gun who killed me. I never wanted to take an innocent person’s life,” she said regretfully sobbing on the stand.

The only question left by the Assistant Dallas County District Attorney, Jason Hermus, after Guyger described the shooting and her commands for Jean to show her his hands was, why not take a position of cover and concealment and call for help?

Amber Guyger, ex-Dallas police officer accused of killing unarmed man in his apartment, breaks down in tears on the stand as she recounts the night’s tragic events. https://t.co/laP1wyApti pic.twitter.com/fXTWmNiW4J

The jury watched the body camera footage from the responders first on the scene after the shooting. This video showed the officers performing CPR on Jean as he lied on his apartment floor bleeding from gunshot wounds. Botham Jean’s parents and family mistakenly witnessed the graphic visuals of their late son in his final moments for the first time prompting them to quickly exit the courtroom. Judge Kemp apologized to the family, “I’m so sorry. I didn’t give any thought to the alleged victim’s family.”

Guyger’s attorneys tried to show how common it is for residents to mistaken another unit as their own by calling some neighbors on the third and fourth floors to testify. Resident Marc Lipscomb explained an incident he had once after entering the wrong apartment as he returned from walking his dog. “She didn’t say anything, she was silent, but she looked scared,” Lipscomb testified. After apologizing for making such a mistake, he left.

Texas Ranger David Armstrong led an investigation interviewing the majority of the residents and 38 of them were from the third and fourth floors. Though Guyger’s instance was the only one where someone was fatally shot, Armstrong did not believe Ms. Guyger committed a crime. Judge Kemp did not allow the jury to hear his testimony. The trial will resume Monday September 30, 2019.