Home
featured
In a special Rolling Loud kick-off pre-party, The Source will team up with Ralph McDaniels’ Video Music Box to bring Brooklyn Trill star Pop Smoke to Mist Harlem on Oct. 10, 2019.  Other artists confirmed for this night of straight-up Hip-Hop fun are SKYXXX, Ayleks, Cokah, Smooky Margiela, London Hill, Mariahlynn, Moe Money, Jaquae, 2 Milly and special guests.
Rolling Loud Festival is a music event that started in Miami, FL and is now the largest Hip-Hop festival in the world.
Attends travel from all over to attend the premier destination for pure Hip-Hop, showcasing the top rap artists in the culture. Some of the biggest names that have performed on the Rolling Loud stage includes the likes of Kendrick Lamar, J. Cole, Future, Lil Wayne, A$AP Rocky, Travis Scott, Young Thug, Post Malone, Migos, Kodak Black, Lil Uzi Vert, 21 Savage, Lil Yachty, Lil B, and many more.
This will be the first time that Rolling Loud will touch down in New York, turning in some of the sun from Miami and California (some of the locations that have hosted the festival), for the urban grit that has produced The Wutang Clan, Biggie Smalls, Rakim, Casanova, and Nicki Minaj! It is a whole vibe,  popping off this weekend, Saturday, Oct. 12th to Sunday, Oct. 13th in Queens, NY. But before it rocks Nas’ borough, it welcomes Mr. Welcome to The Party at one of the hottest spots Uptown, baby!
Tickets on sale now! 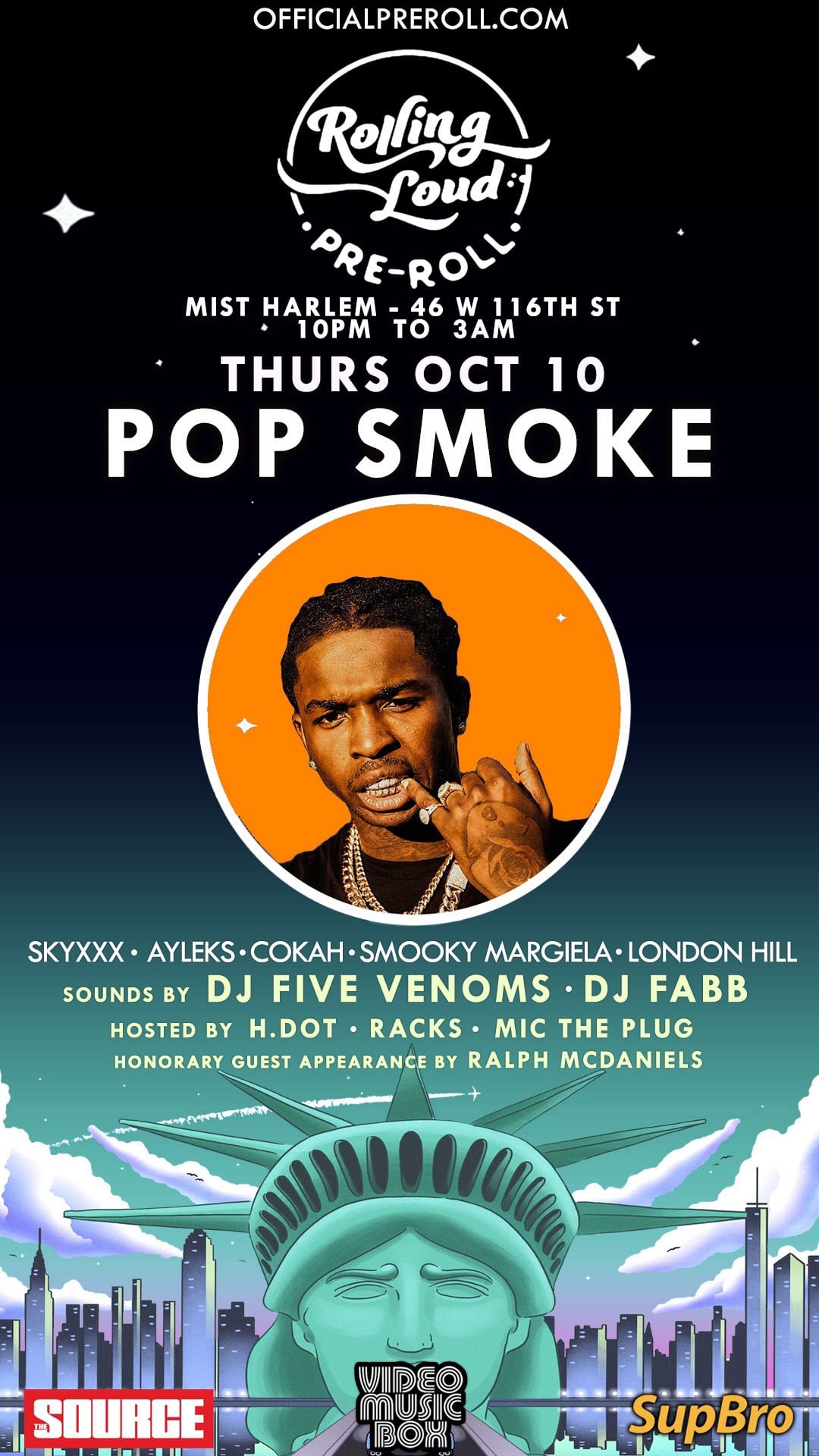