Diwali, the ‘Festival of Lights’, is a Hindu-Indian holiday that is greatly known for its festive gatherings that consists of fireworks, multi-colored candles and ‘diyas’-festive lights all over homes, offices, public establishments, and businesses. Celebrated over several days in Autumn between October and November, India’s most popular festival captivates a celebration for the victory of light over darkness, good over evil and knowledge over ignorance with rituals, prayer, feasts, sweets(mithai) gift exchanges and positive wishes for prosperity and wealth. 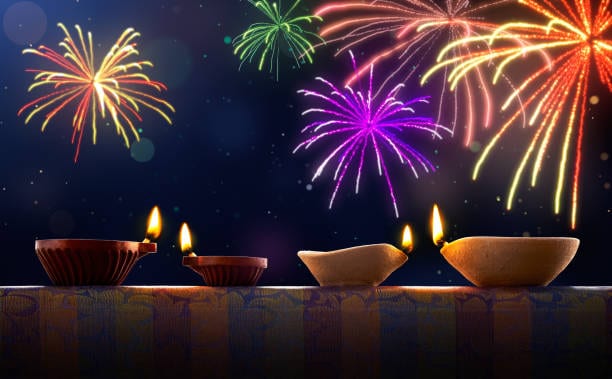 Also known as the Indian New Year, Diwali brings together loved ones, good friends and family in their best outfits for a night of celebration and fun. Hindus, Sikhs, Jains, and Buddhists have observed this holiday throughout the western, central, eastern and northern Indian communities. Throughout the world, original people from India have unified themselves amongst others with the spiritual hope for continued greatness and betterment.

The colors and lights glow throughout the streets of India and migrated Indians from all over the world celebrate this holiday in the best way possible. Hip Hop culture has historically incorporated facets of the original Indian culture in its music and visuals such as Jay-Z with Punjabi MC’s 2002 hit, “Beware.”

The traditions and rituals that are associated to the Diwali holiday can be appreciated by modern hip hop fans due to the connection with messages that spread spiritual and financial prosperity while fighting through the daily struggles of life.