This past weekend, it was confirmed that two people died in a car crash in New Jersey after a Porsche somehow crashed into the second floor of a commercial building.

A gaping hole was left in the front of EXIT Reality in Toms River, New Jersey after a Porsch Boxster driven by Braden DeMartin, 22 of Toms River went airborne after hitting an embankment when DeMartin lost control of the vehicle. Both Demartin and his friend Daniel Foley, 23 were pronounced deceased when first responders arrived on the scene Sunday morning. 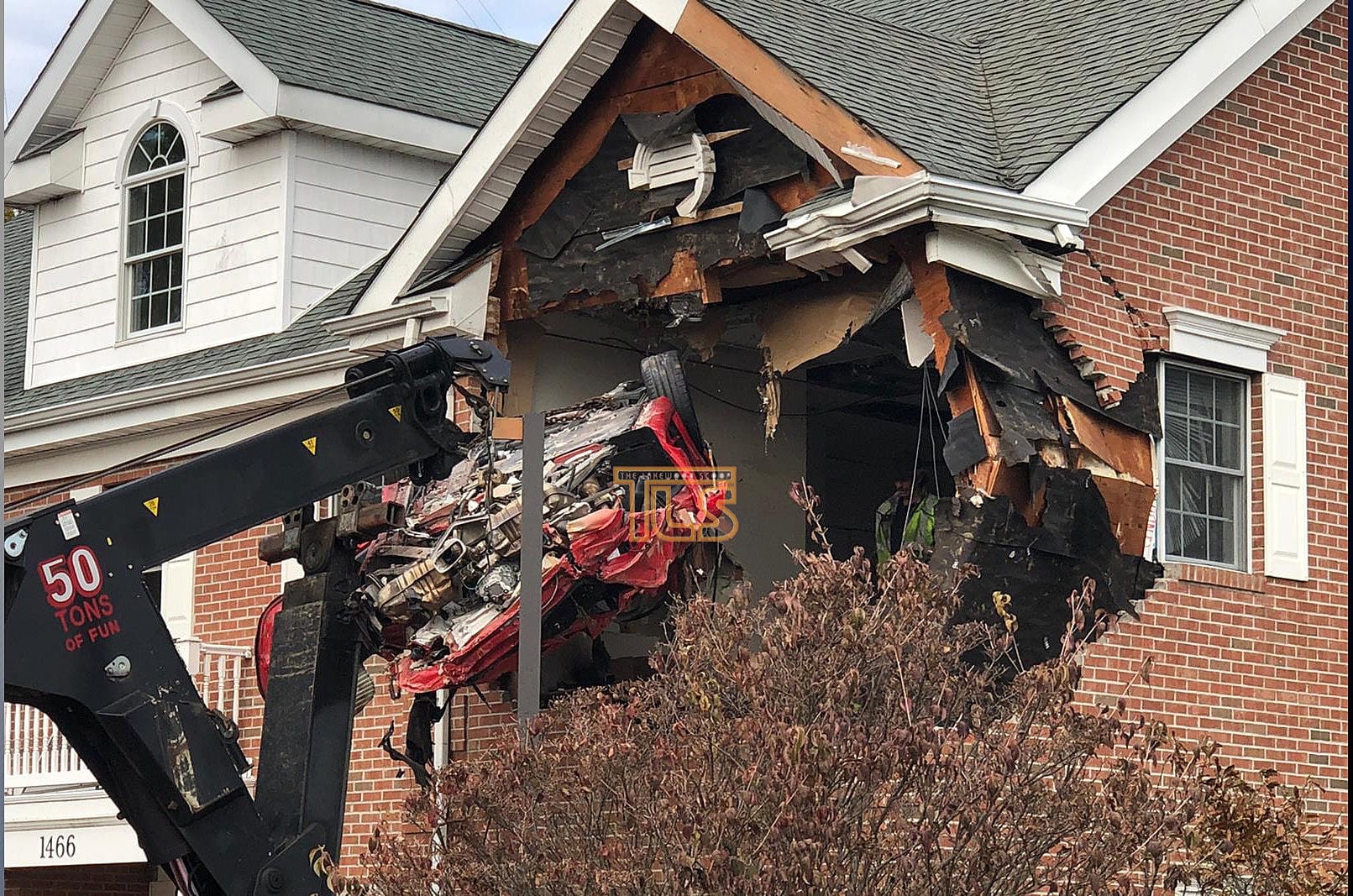 Toms River residents gathered late Sunday morning to watch as firefighters removed bricks from where the red Porsche flew into the building to allow a crane to lift it out of the second floor and to the parking lot below.

A “technical rescue” had to be executed to get the bodies out of the vehicle.