Last week Ms. Jackson revealed in an Instagram post that she was auctioning off some of her most prized possessions and you wont beleive what she’s letting go of. “I am really excited about my auction coming up. There are costumes from all the tours, from video’s “If”, “When I Think of You,” “Does It Really Matter,” “Rhythm Nation” and stuff from my childhood and more its a big auction and fun.” She adds showing a silly face. If you are a die hard janet fan then you will be clamoring for a little over 1000 of the personal items owned and used by the five time Grammy award winner collected from over four decades of her career.  The three day auction taking place May 14, 15 & 16, Janet’s 55th Birthday weekend (her actual birthday Sunday, May 16), will be live in Beverly HIlls and online. A portion of the proceeds from the auction and 100% of the sale of the Limited Edition Signature Catalogue Box Set is going to her favorite charity Compassion International-An advocacy group that partners with churches from around the world to release children from spiritual, economic, social and physical poverty.

“I think one of the things that helped her expedite the auction process was the pandemic.” Says Julien’s Auction House founder and president Darren Julien as told to Variety.  “Because she was gonna be locked down, she just started realizing she has all these things in storage, she never gets to enjoy them, and she wanted to do something good with the proceeds to benefit Charity.  I think its been very cathartic for her.” He adds

Some of the most noteworthy pieces that are up for grabs include the black jacket from her “Rhythm Nation” music video the black “1814 cap and satin gloves with the meta embellishments as well as statement pieces Janet wore to events like NAACP Image Awards and the Met Gala.  The Queen of Pop has sold more than 192 million records internationally and released 27 top 10 hits on the Hot 100 chart including “Love Will Never Do (Without You)” “All For You” and “Miss You Much”-Y’all better put some respect on her name and give this icon her flowers.

If you can’t make the auction or afford anything past $200 then you can buy the limited edition book that comes with a video message and audio invitation from Janet as well as a signed collection of 3 auction catalogues.  For more information go to janetjackson.com

A few of the peices that will be auctioned below: 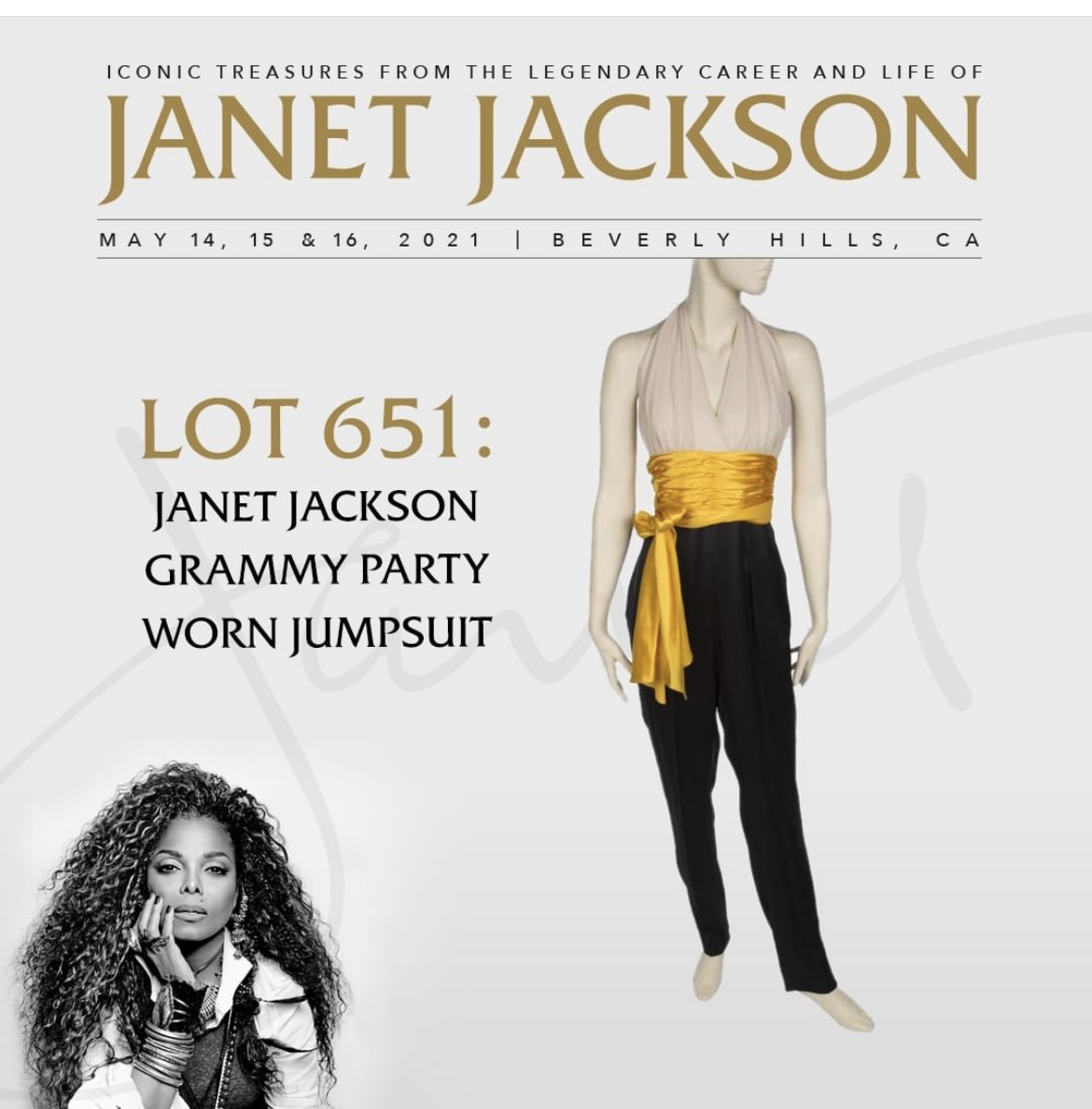 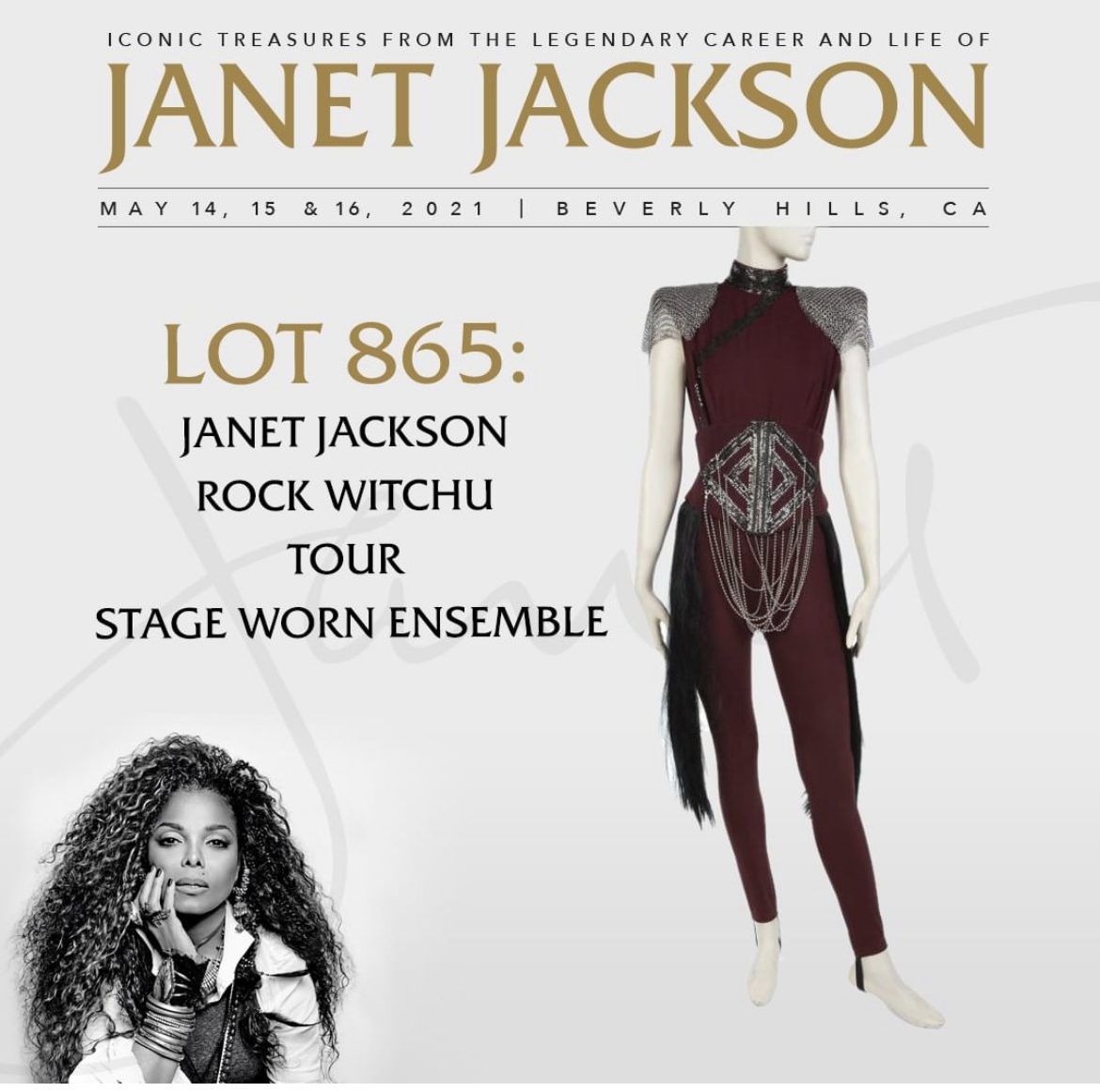 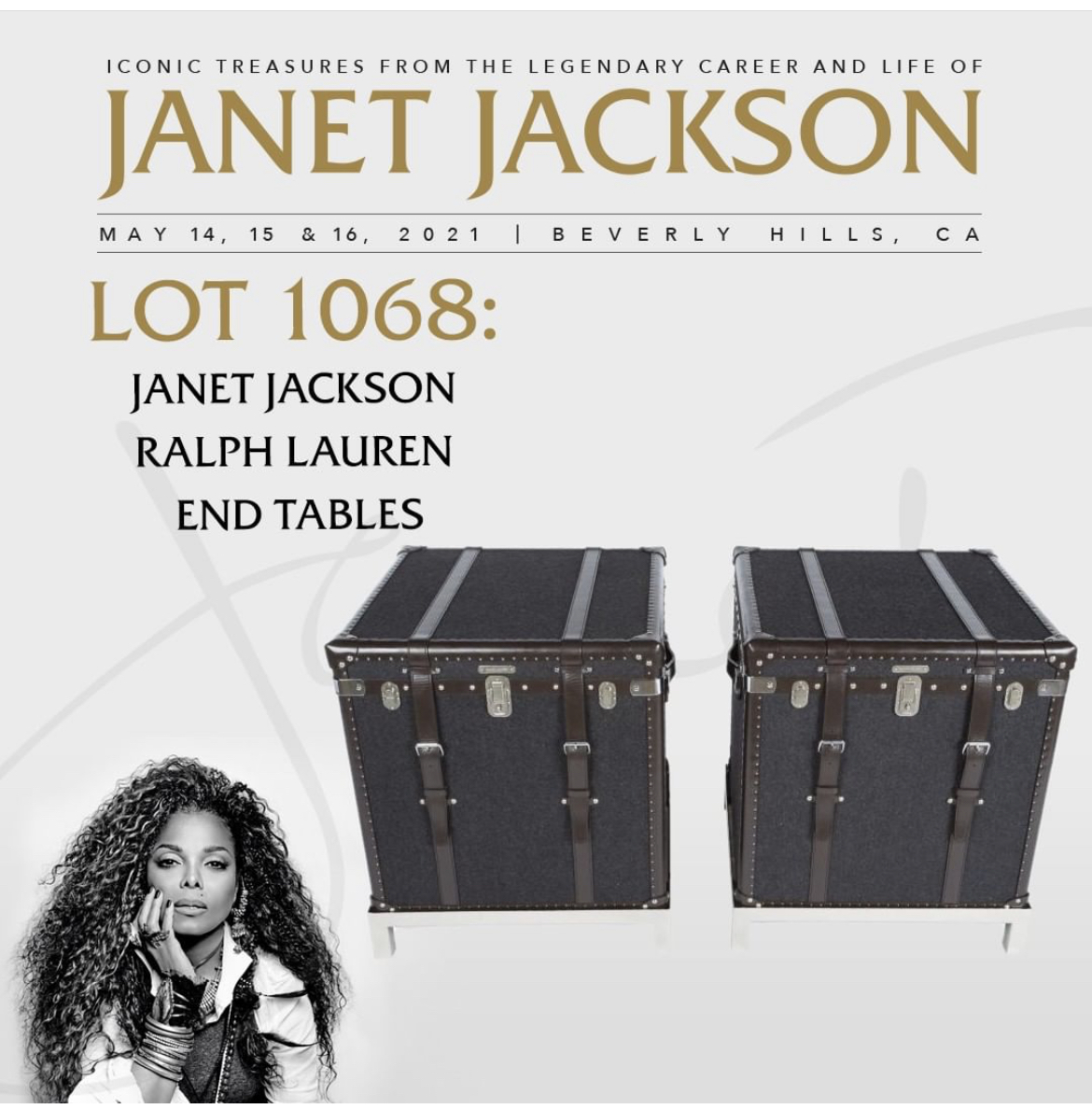 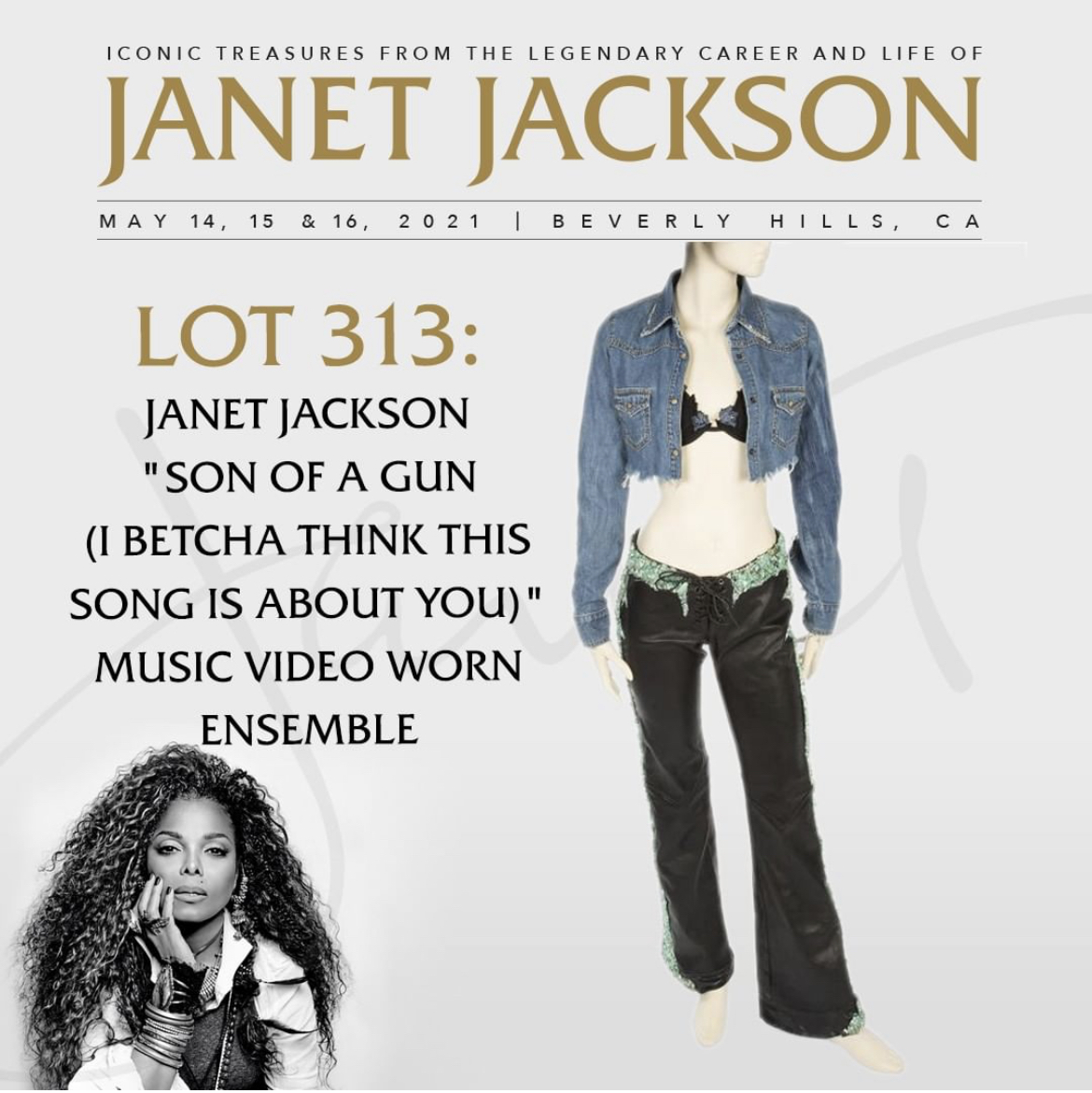