Last year there was a lot of talk around Jazmine Sullivan who was noticeably thinner while promoting her project after posting an Instagram photo promoting ‘Lost Ones’. Fans called her out for looking “too skinny”  with comments that included “I hope that is from natural dieting mama, cause it not it won’t last, be careful,”  Sullivan responded to the comments on her Instagram story with the caption. “Last week some people dragged me saying I look sickly. I’m honestly a size 12. 180 lbs,” there’s nothing skinny abt me but my neck. I’m 5’8 however, so I sometimes photograph a little leaner than I am. But I ain’t skinny and that was never my goal. My goal was to support my mother through her battle with cancer by going vegan with her and, in turn, it helped me as well. And I feel really good,” she added.  “I have a lot of things to work on in my journey and I’m not nearly the model for health and fitness…But I’m trying. And I’ll continue to do so with my momma! Bless y’all. Love y’all.”40 percent of Black Women are more likely to die from the disease compared to white women. 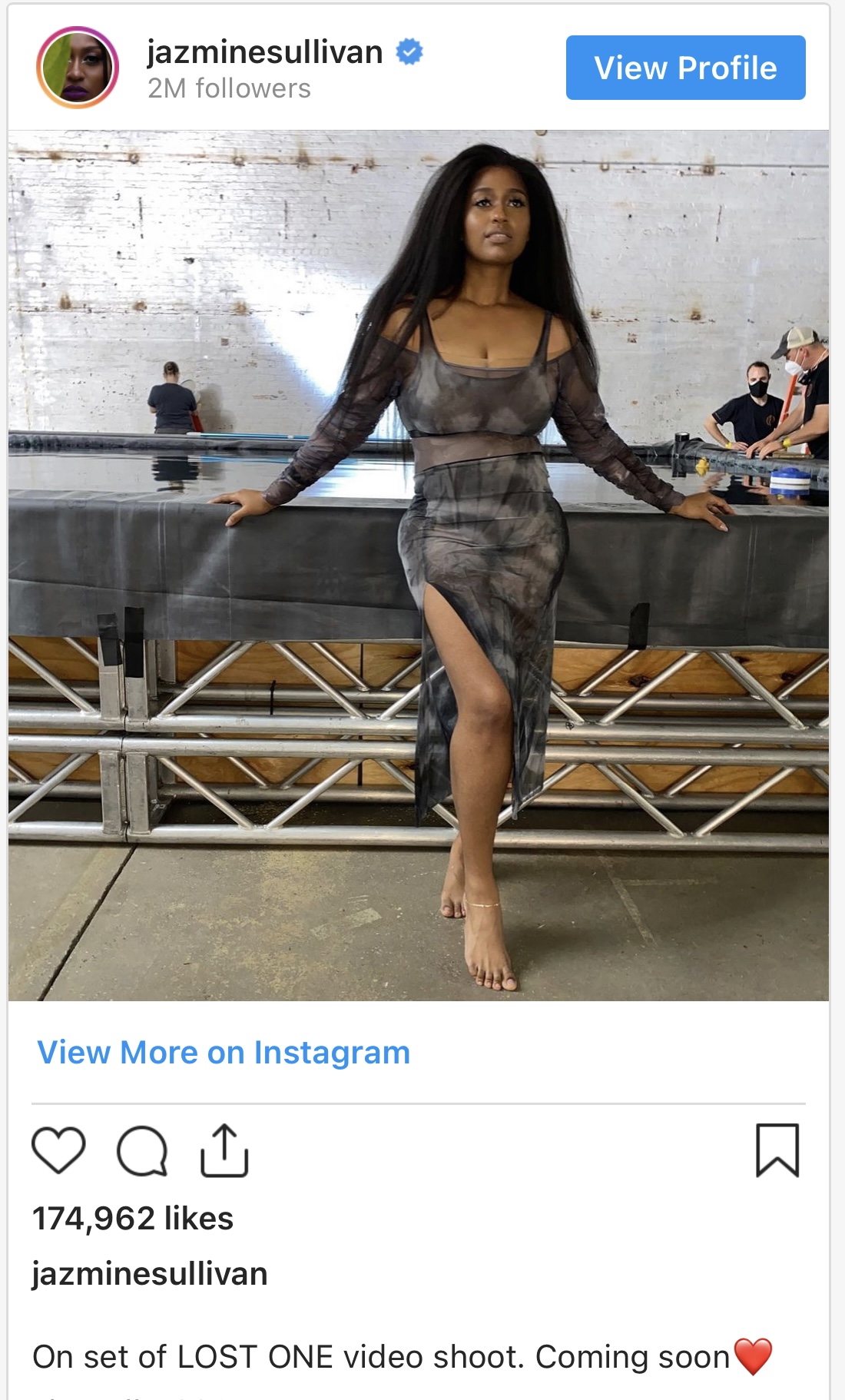 Her mom Pam Sullivan, who is also her co-manager was diagnosed with Breast Cancer two years ago and is now in remission was life-changing for both mother and daughter. Which is the reason why Sullivan made the decision to live a more healthy lifestyle as well as campaign and advocate for, More Than Just Words, a multi-year effort to promote health equity when it comes to breast cancer care.

“My mom’s diagnosis made me look at my health in a different way. Obviously, I wasn’t going through it myself, but when breast cancer happens to somebody in a family, it really kind of happens to everybody. So I was like, what do we have to do as a family to get through this? We made a personal decision to become vegans and change our lifestyle, just become more active. It was actually an easier transition than I thought it would be because I was a meat-eater, baby. I was eating pork and bacon and everything else, but I had a different motivation. When I had that motivation, all the things that I loved weren’t as important as keeping my mom here on this earth. I gave it up way easier than I thought. I love meat, but I don’t miss it.” she says in an interview with Essence Magazine.  In honor of Breast Cancer Awareness month, we are honoring and all women who are affected by this disease, and Jazmine who continues to advocate for equitable care and partner with pharmaceutical company Novartis on their initiatives.