The world came together last night to celebrate the creative genius of late designer Virgin Abloh who passed away from a rare form of heart cancer, at the end of November In Miami Louis Vuitton at the Spring/Summer 2022 Louis Vuitton menswear presentation.    The show, entitled ‘Virgil Was Here,’ was held in Miami, presented Abloh’s final collection for the iconic LVMH-owned French fashion house, in his former role as artistic director of menswear.

The caption read: In loving memory of Virgil Abloh, Louis Vuitton pays tribute to the life and legacy of a creative genius with a presentation of his Spring-Summer 2022 Collection in Miami on November 30th at 5:30 pm (ET).  “It is with profound sorrow that I learned of the passing of Virgil Abloh. Virgil was not only a friend, great collaborator, creative genius, visionary and disruptor, but also one of the best cultural communicators of our times. He paved the way for future generations. As a devoted supporter of his community through his charities and passions, he was an eternal optimist who believed anything was possible. In this same spirit, we at Louis Vuitton will proudly continue to celebrate his legacy with a final show in Miami, per his wishes. I am honored to have called him my friend. My deepest thoughts are with his wife, children, parents, family and the entire community that was touched by his greatness.”  -Michael Burke, Louis Vuitton’s Chairman and CEO

A host of stars including Rihanna, Kim Kardashian West, Kanye West and Lil Baby were seen gathered at the presentation’s botanical, tree-filled outdoor setting, complete with a large statue of Abloh in fluorescent hues, while artists like, Quavo, Kid Cudi and Offset walked the show. 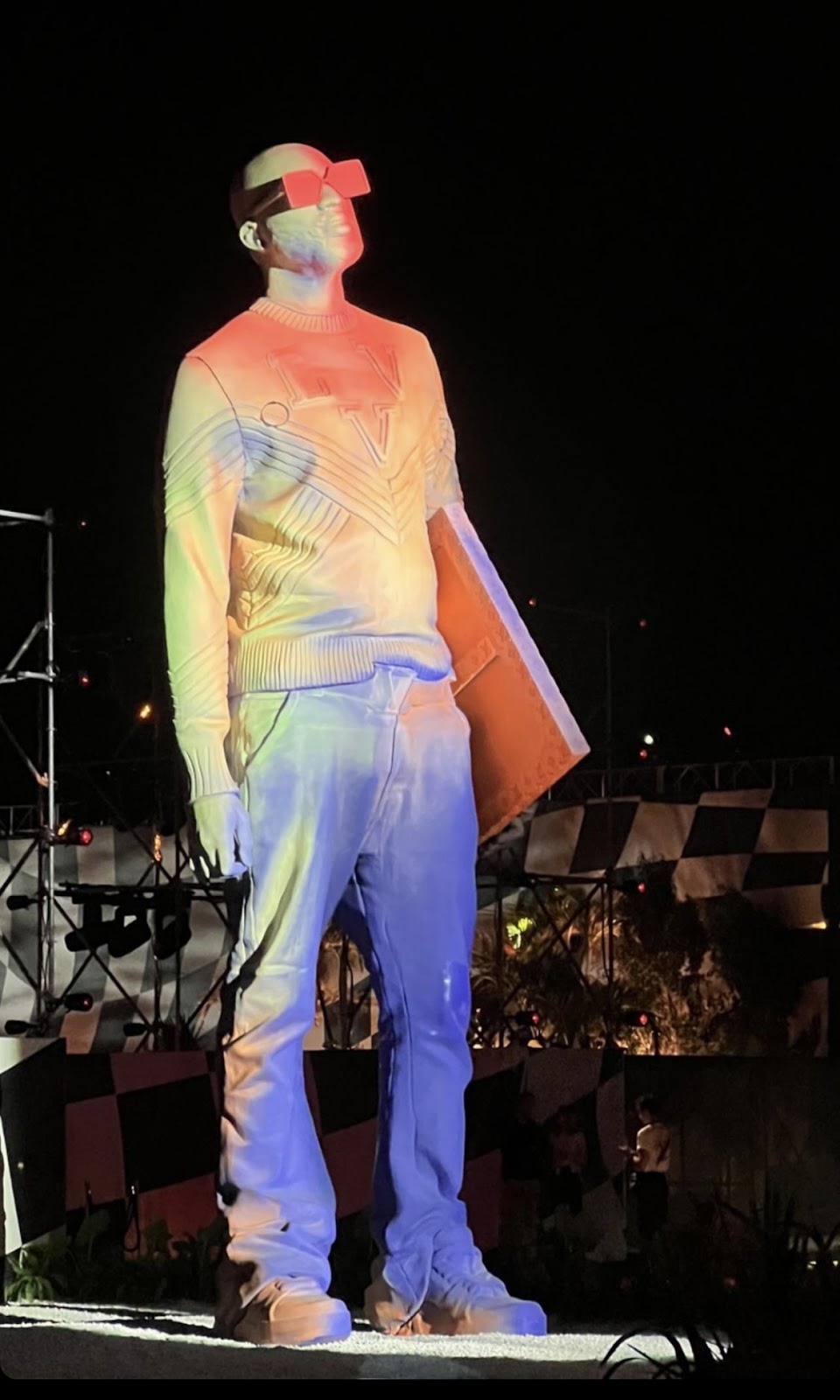 As the presentation drew to a close a voiceover with a quote from Abloh was read out it, which said: ‘There’s no limit. Life is so short that you can’t waste even a day, subscribing to what someone thinks you can do versus knowing what you can do.’

Take a look at the show in its entirety as well as the guests who attended below: 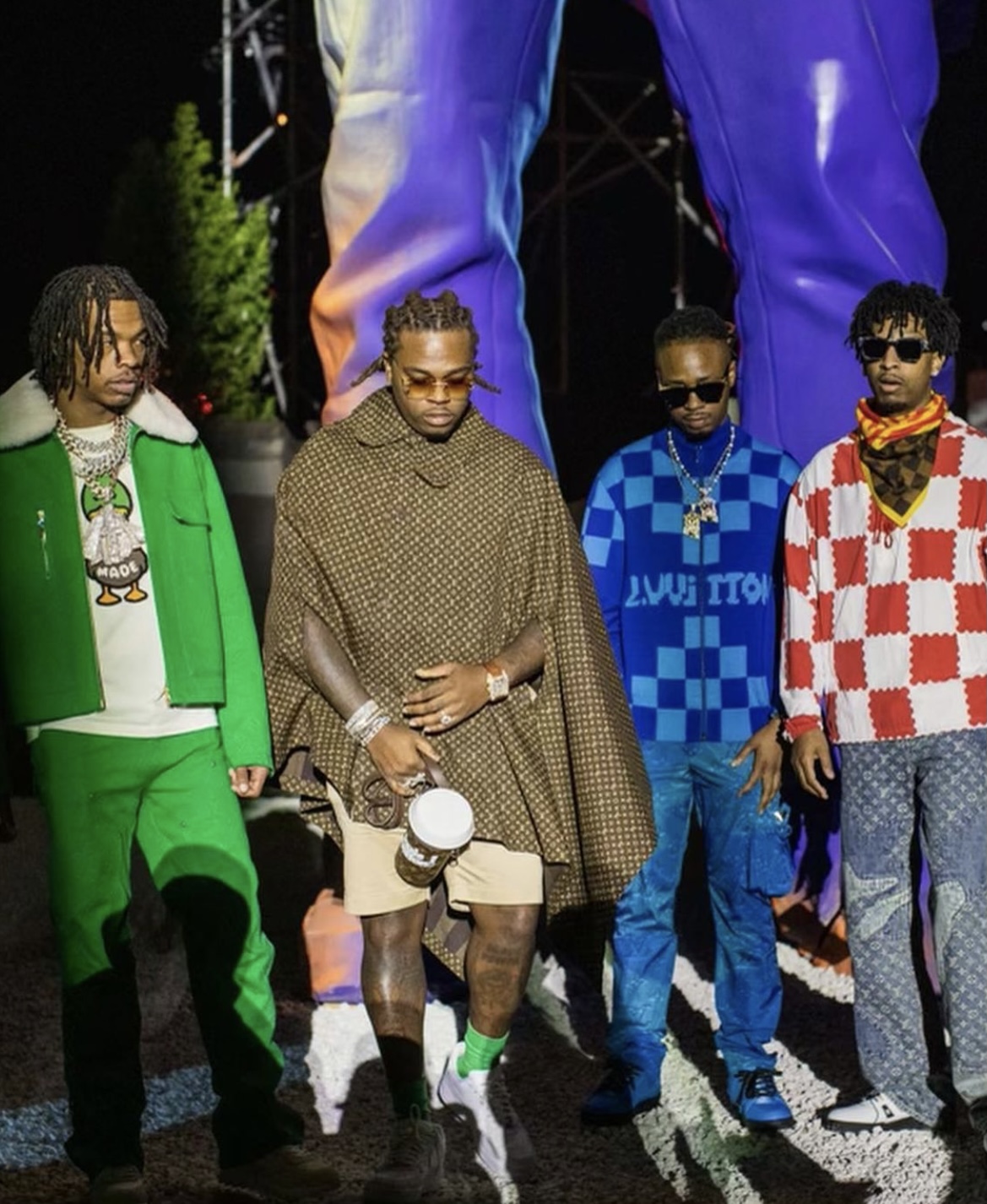