As protests continue around the country, what began as a peaceful protest in downtown Salt Lake City on Saturday escalated into violence, vandalism, and looting, as well as a bizarre incident involving a man with a bow and arrow. After threatening demonstrators with a machete, a man attempted to shoot a bow and arrow into a crowd, causing panic and disorder in an already chaotic situation.

What started off as a peaceful demonstration of the killing of George Floyd quickly turned to chaos in Utah’s capital city. Starting at about 11:30 a.m., protestors began congregating at the police station in Salt Lake City’s downtown area while others circled a two-block radius in their cars.

By 4 p.m., several buildings had been vandalized, multiple police cruisers had been destroyed and burned, and a 7-11 had been robbed and looted. As police and national guard units began cordoning off streets, one man drove to a group of protestors and allegedly began a verbal confrontation with protestors before emerging from his car and putting a bow in what appears to be a high-end arrow before aiming at the crowd. One Twitter user, @Gingersonfire caught the event on camera and tweeted the following along with a video of the incident.

A civilian brought a hunting bow to the #slcprotest and began shooting it at protesters.

The man was pulled from his car by protestors and then escorted away by the police. His car was overturned and set on fire.

Other footage shows the man threatening residents with a machete earlier in the day.

At about 6 p.m., the Salt Lake City mayor called for a curfew of 8 p.m. Some protestors marched to the capital (about six blocks north of where the earlier official protest had begun) but were met with national guard troops who blocked them from entering.

Salt Lake City officials said that a total of 41 people were arrested and 21 officers were injured. A city-wide curfew remains in effect until Monday morning. 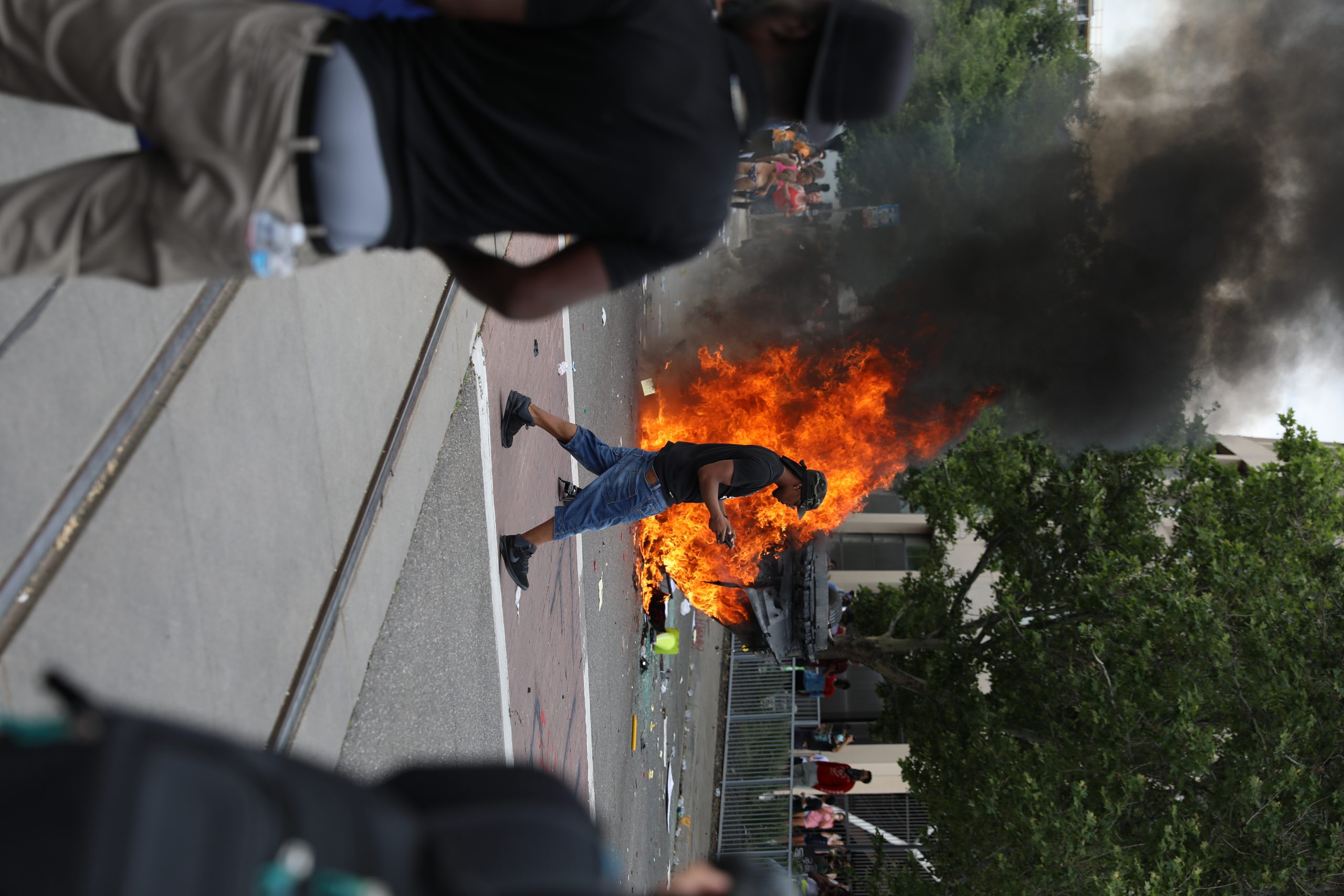 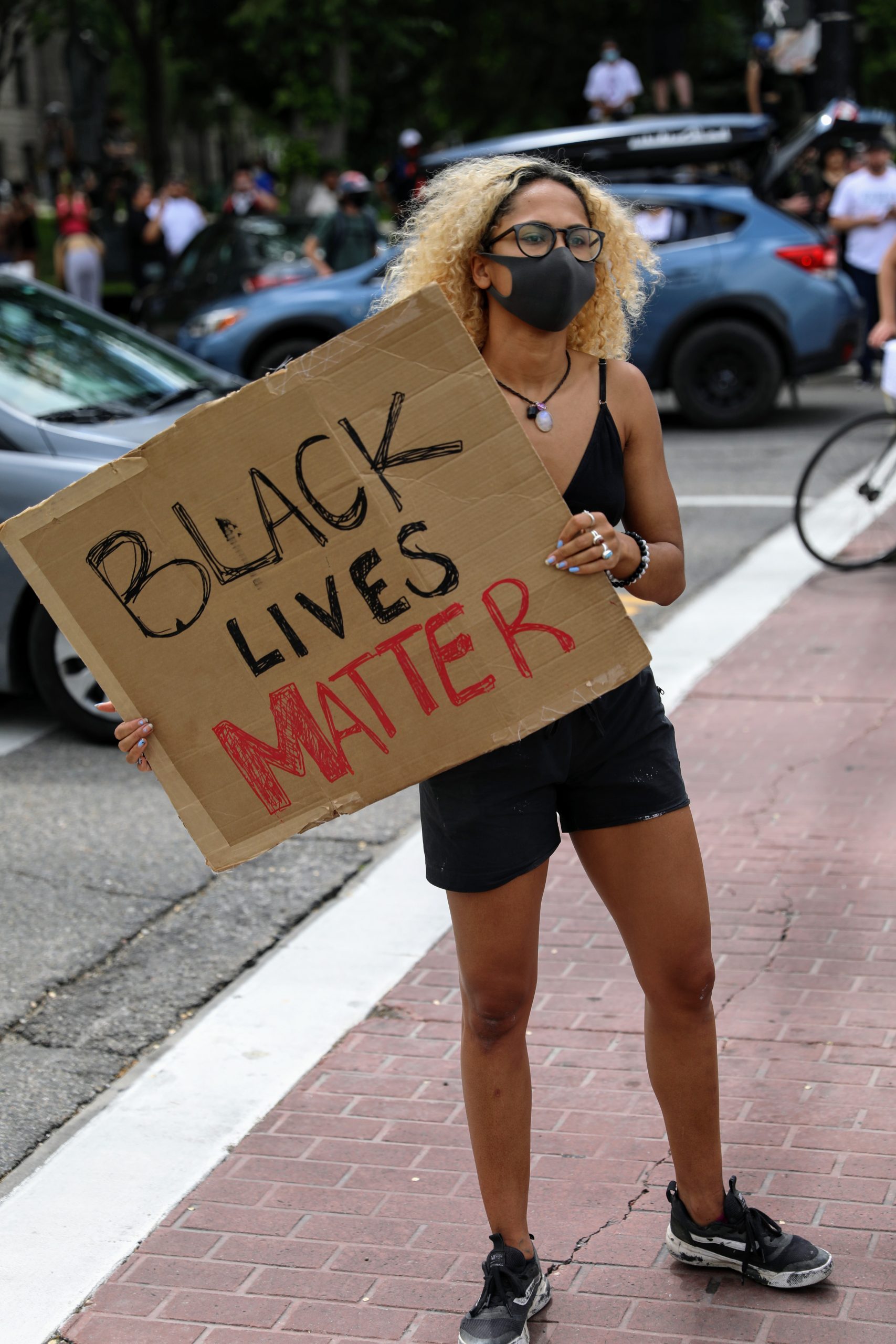 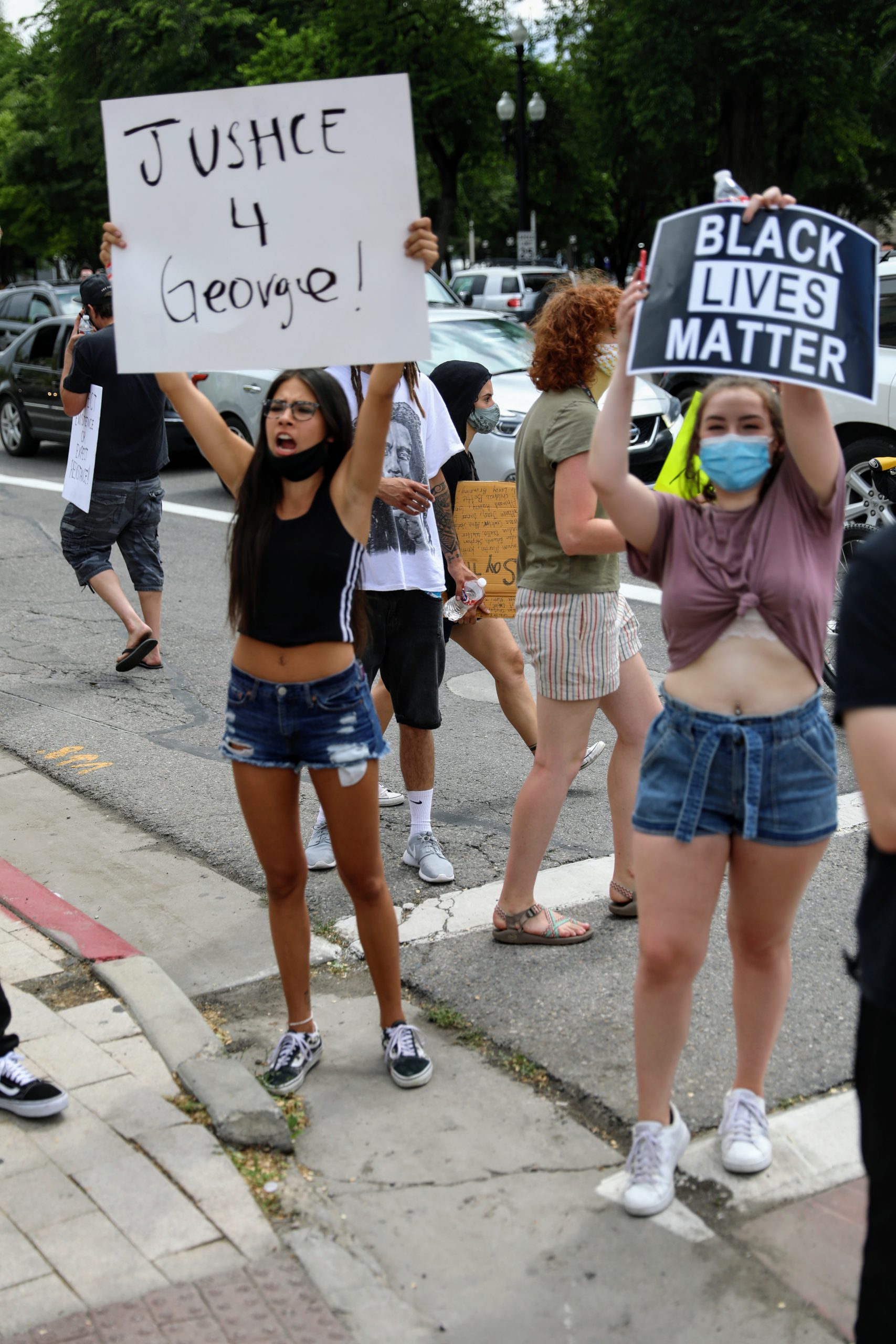 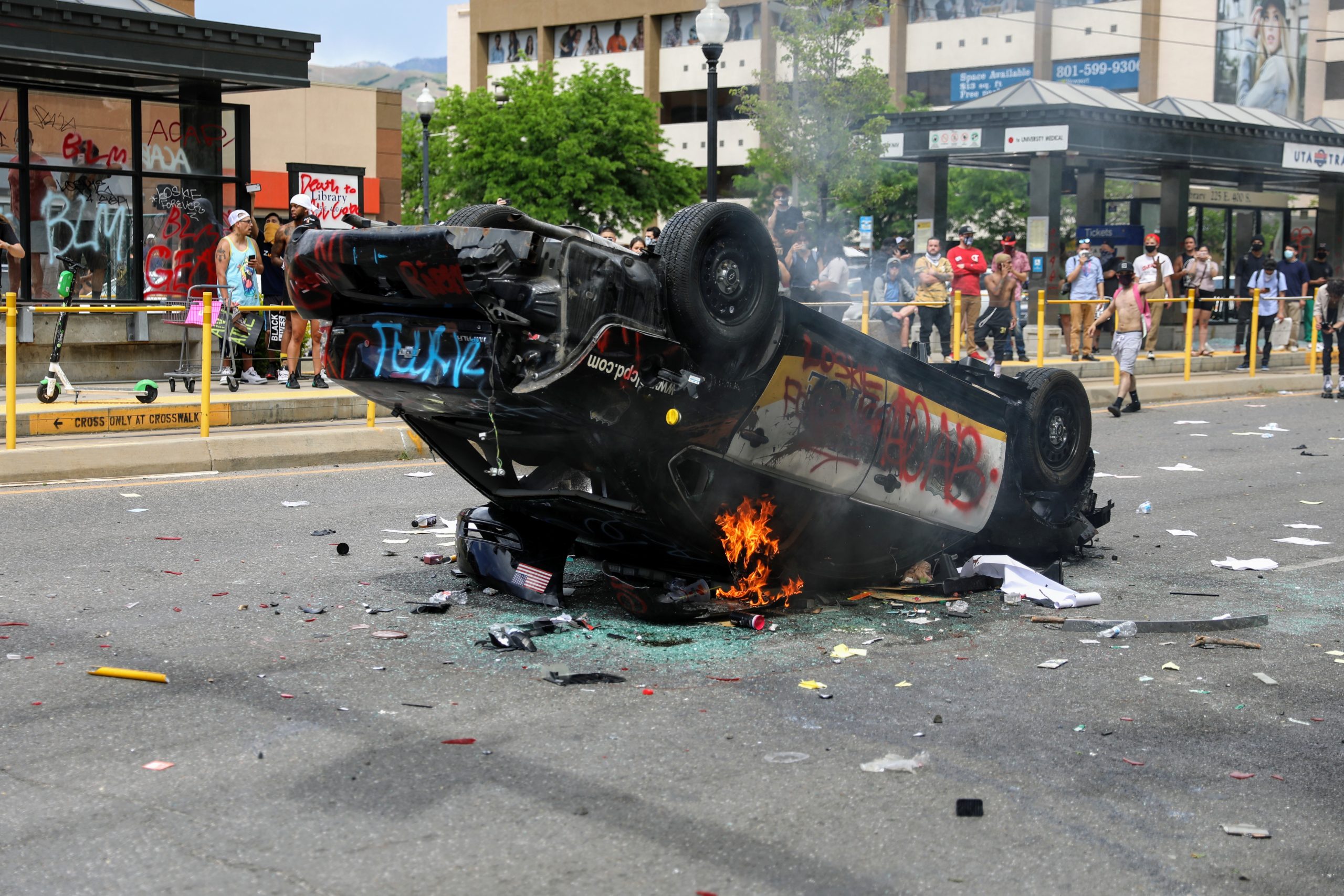 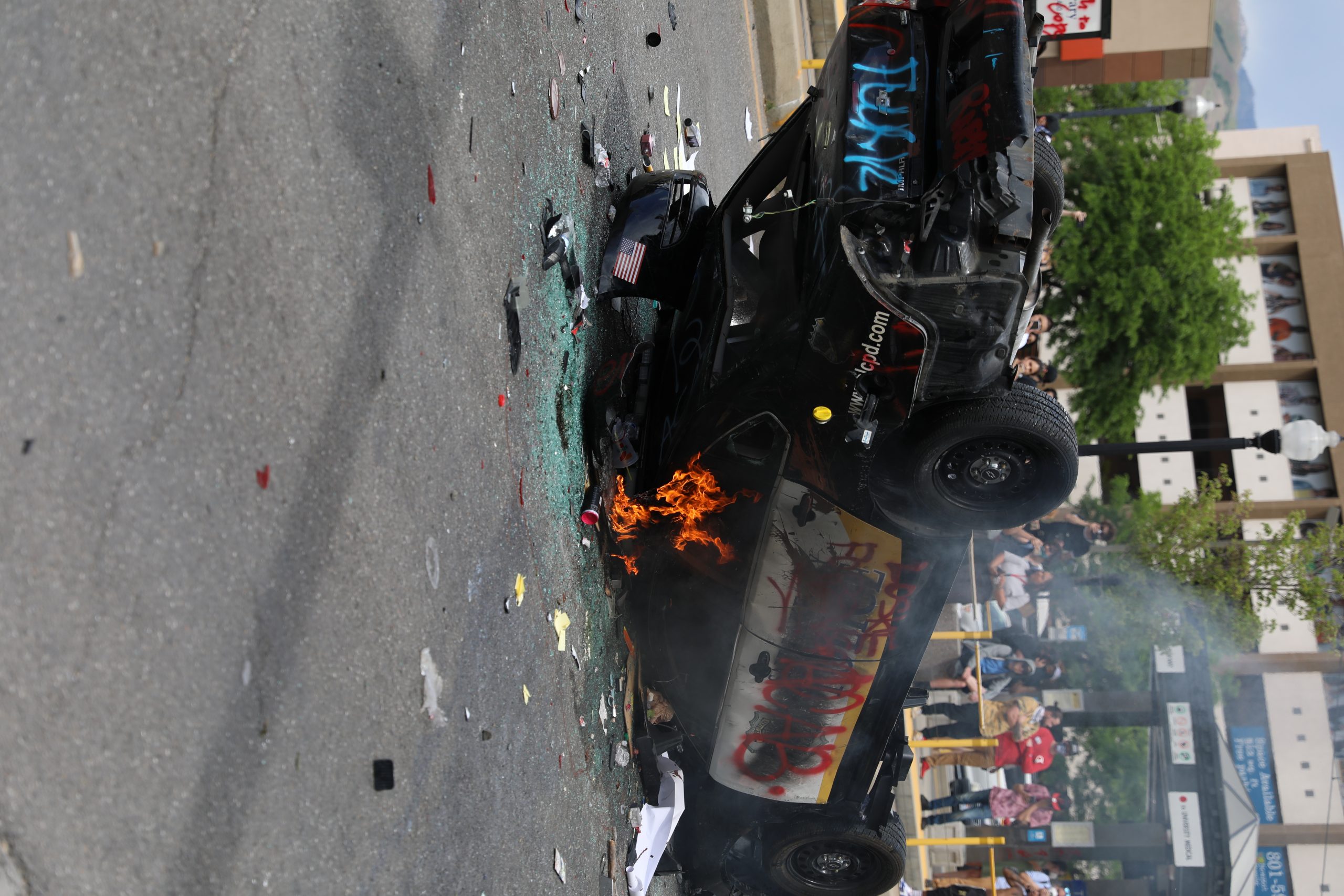 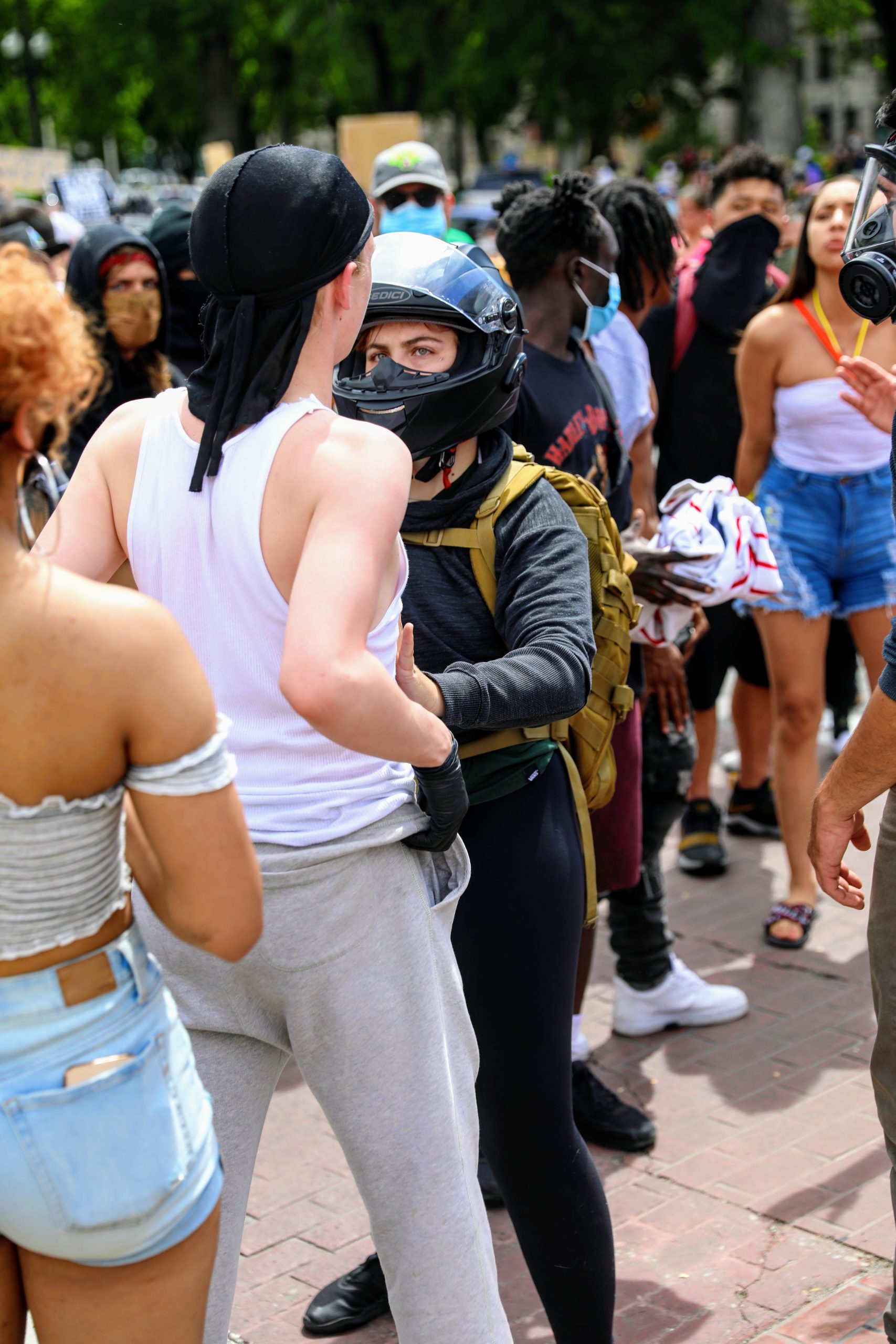 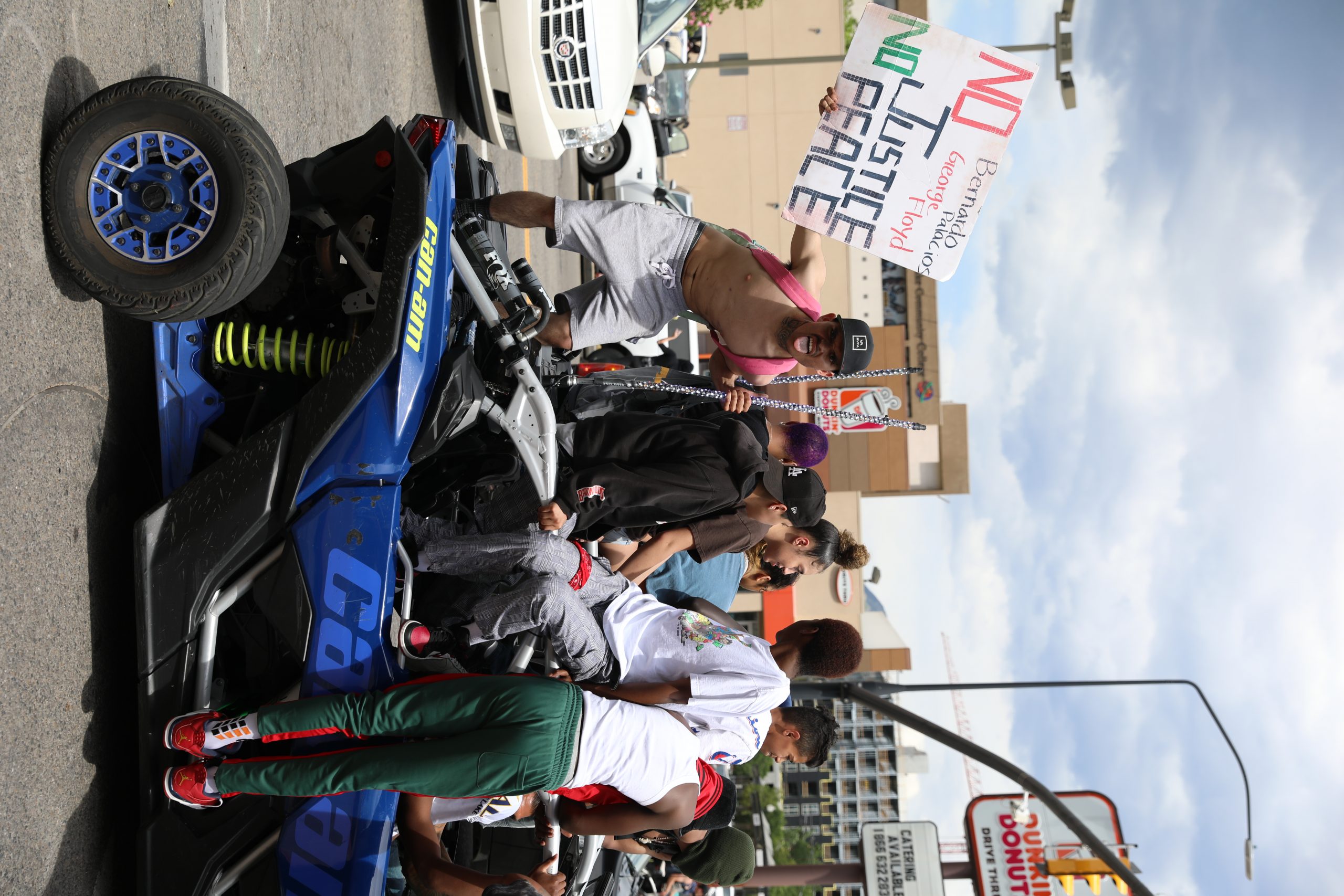 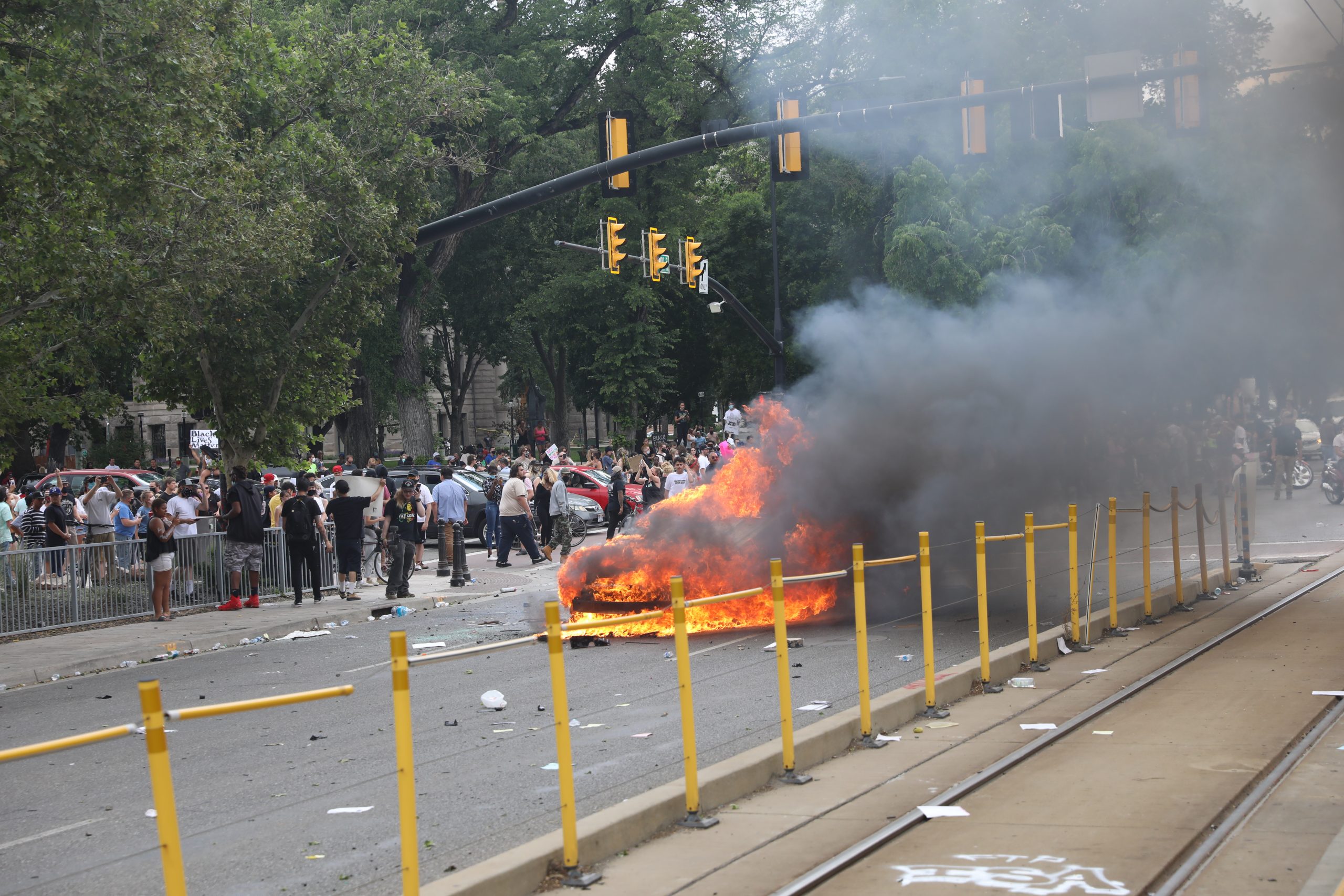 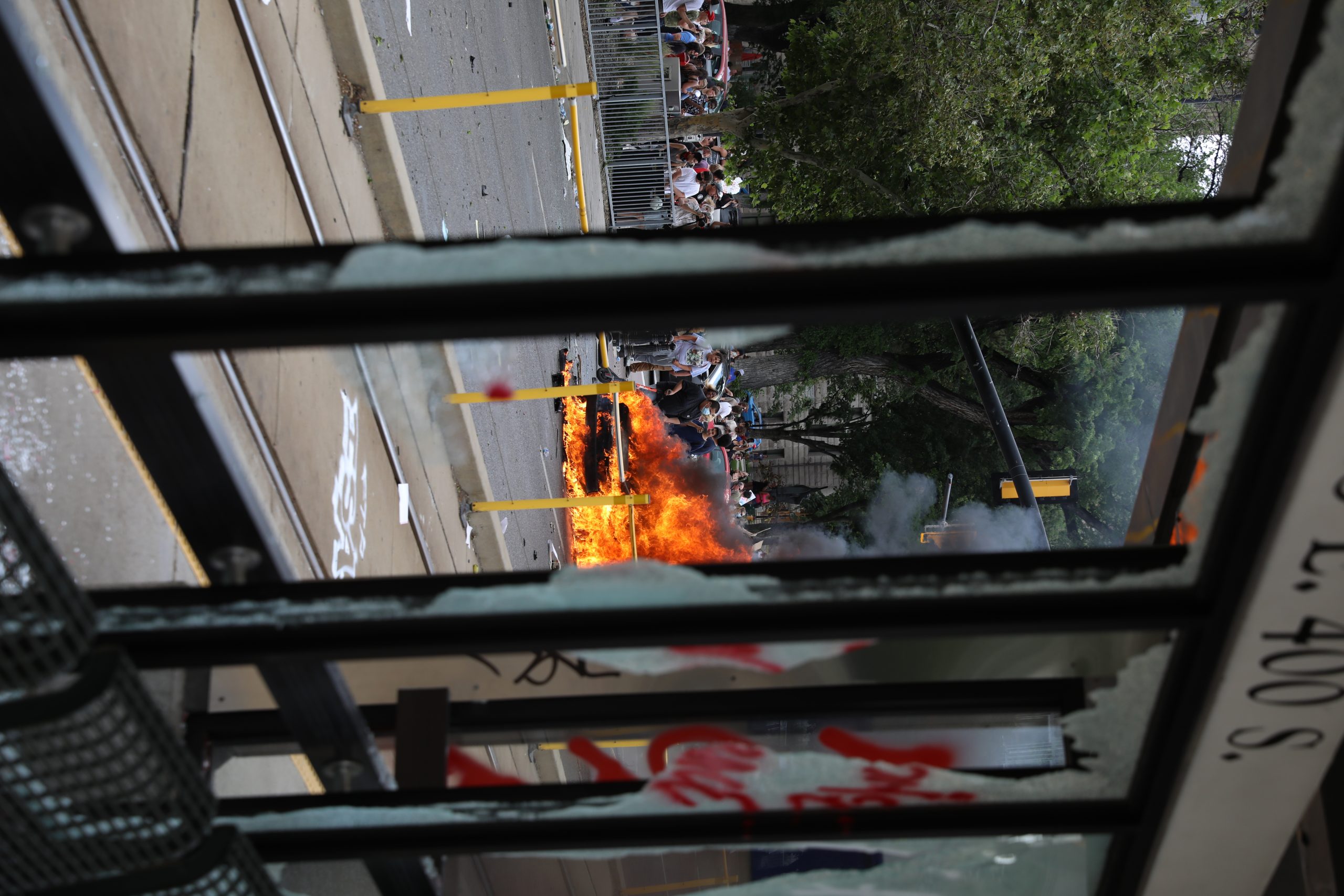 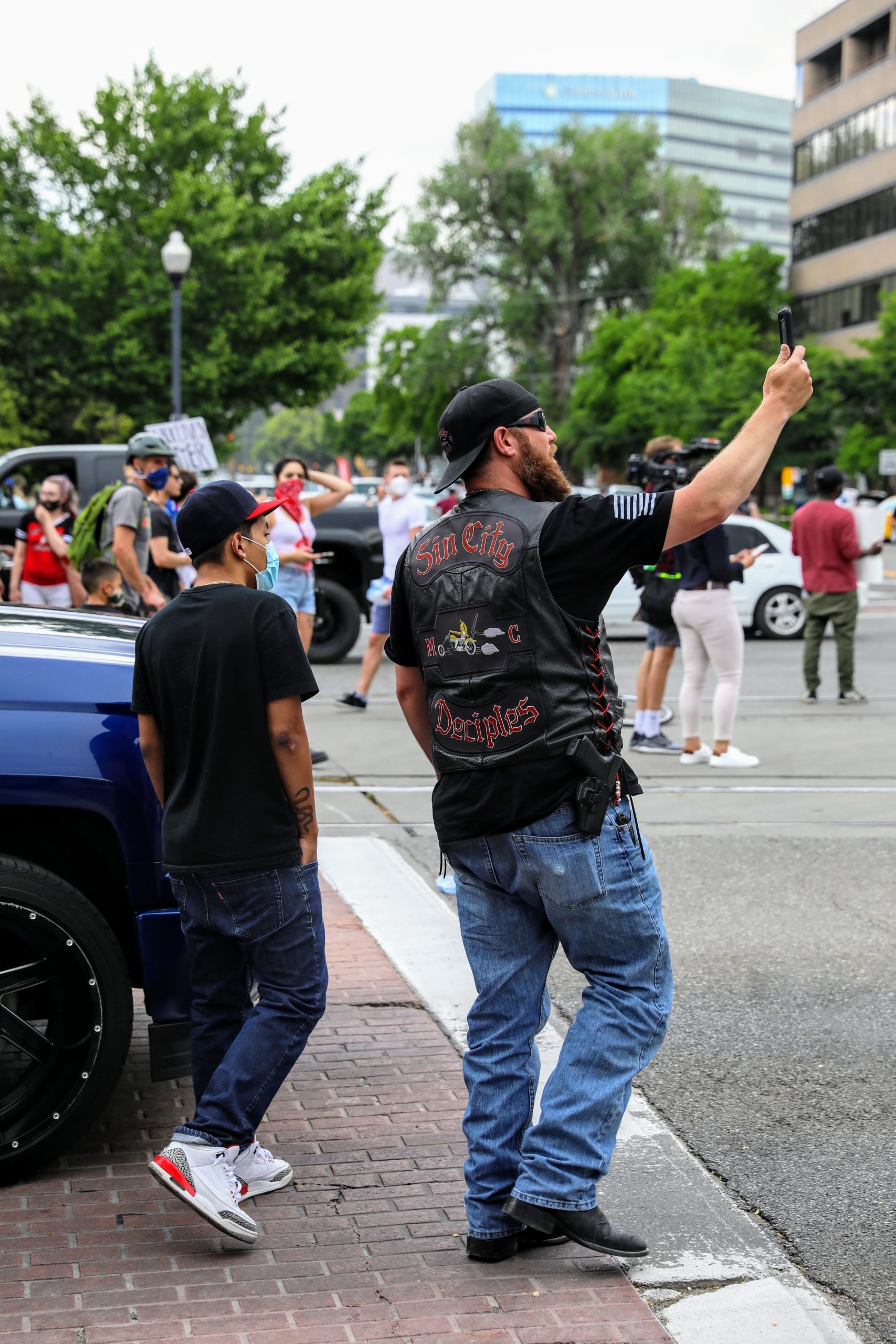 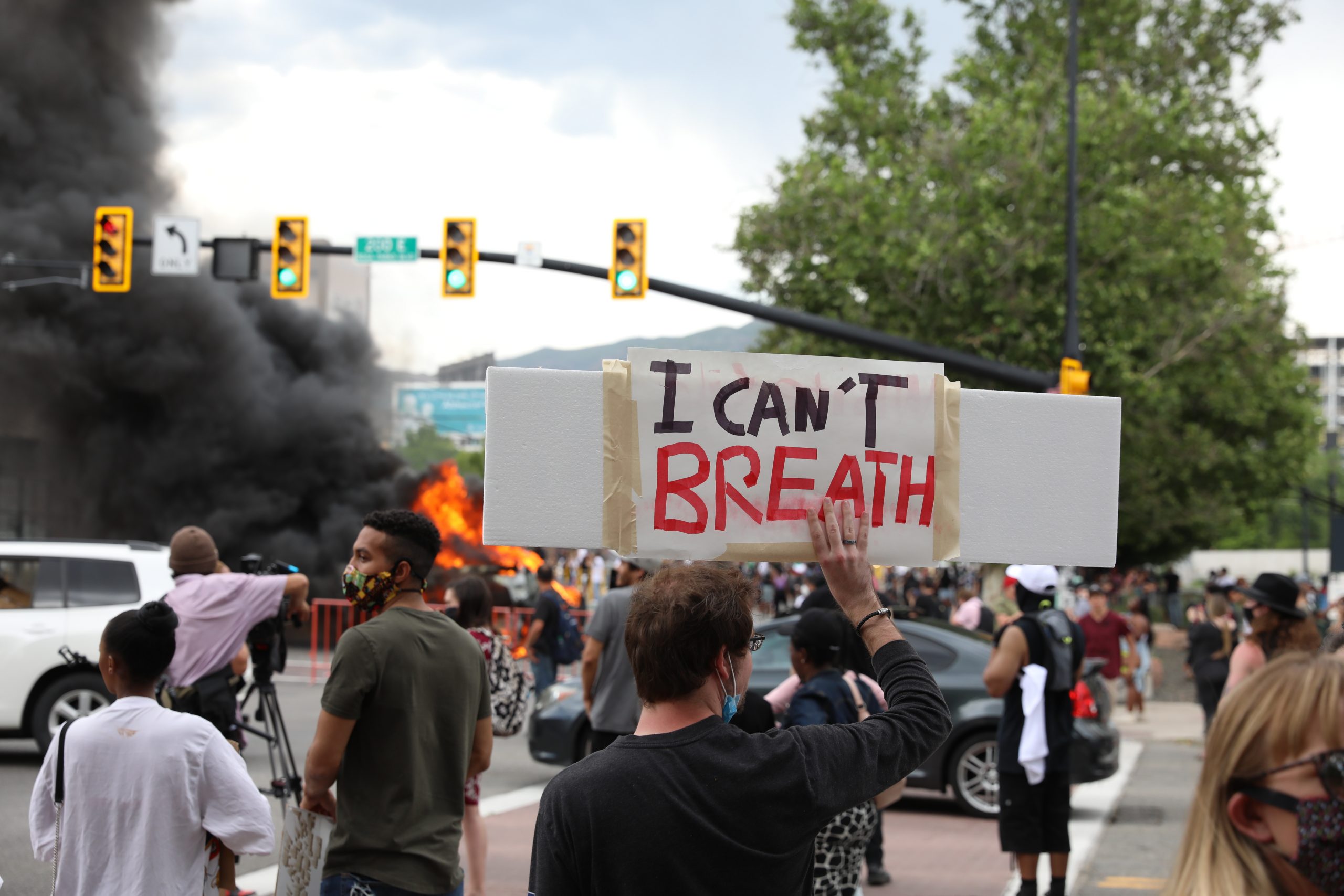 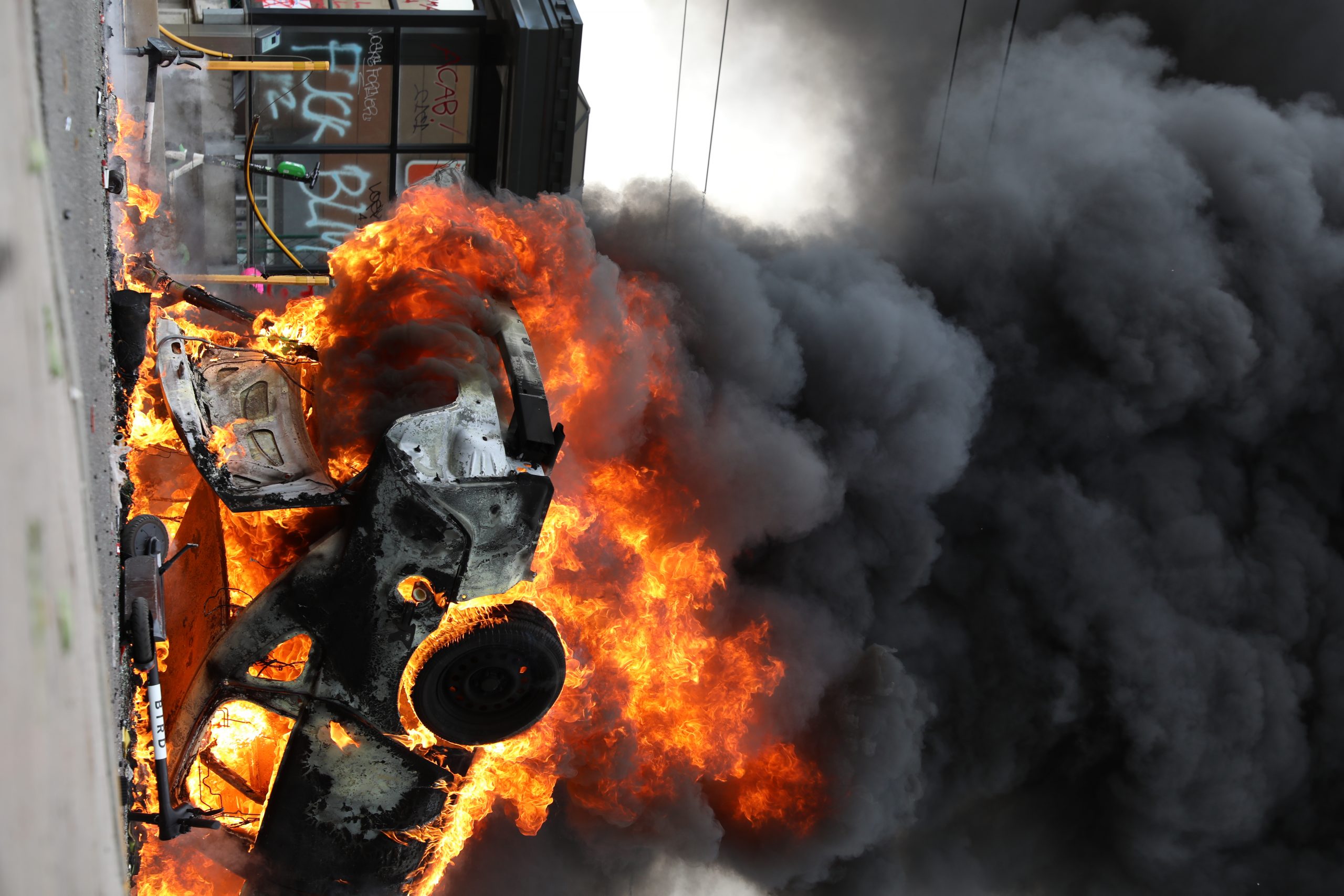