Since its debut back in September, Hulu’s Wu-Tang: An American Saga series has been one of the most impressive new shows of 2019, both for its proper recognition of an iconic Hip-Hop collective and also the amazing acting from the show’s lead thespians. Amongst the young, Black and extremely gifted ensemble is TJ Atoms, the freshest face on the cast that’s tackling the fan-favorite role as late Wu-Tang Clan member Ol’ Dirty Bastard with damn near perfection.

The Source had the pleasure of chopping it up with the rising star right as the show prepares to wrap up its first season. Episode 9 officially premieres today (October 16), but before you tune in or get started on your binge, peep our exclusive with TJ as he discusses his origins in acting, the most challenging part about channeling ODB and how he and his cast mates in the Saga are forming like Voltron to be “the next Wu-Tang.” Trust us, you’ll understand what he means soon enough. 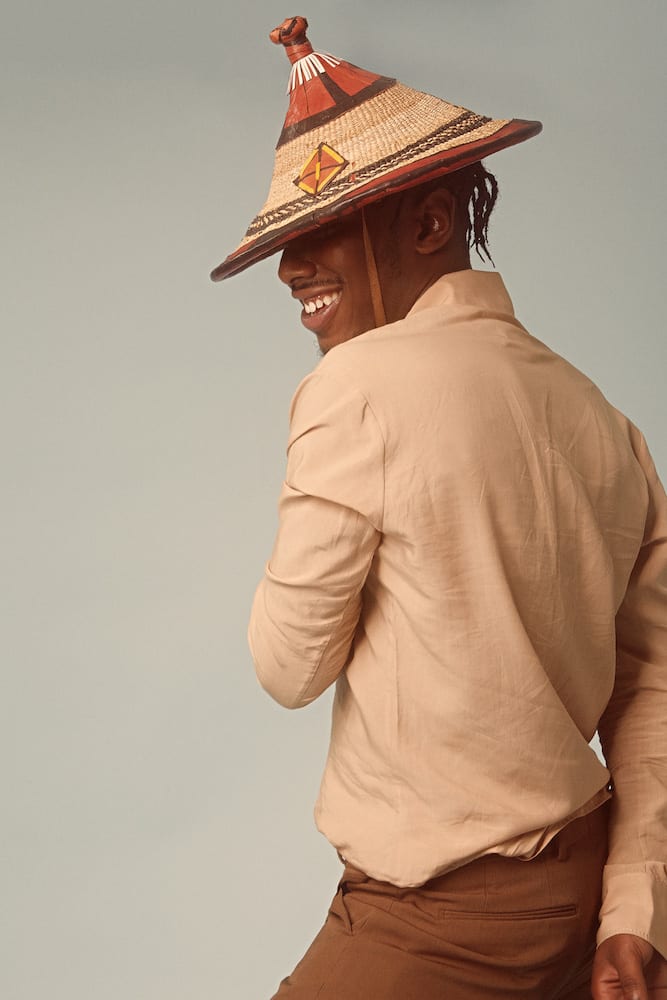 “[Ol’ Dirty Bastard is] such a huge character to take on, and I didn’t know if I could handle that responsibility at first…I think people are attracted to my acting as ODB because it’s raw.” 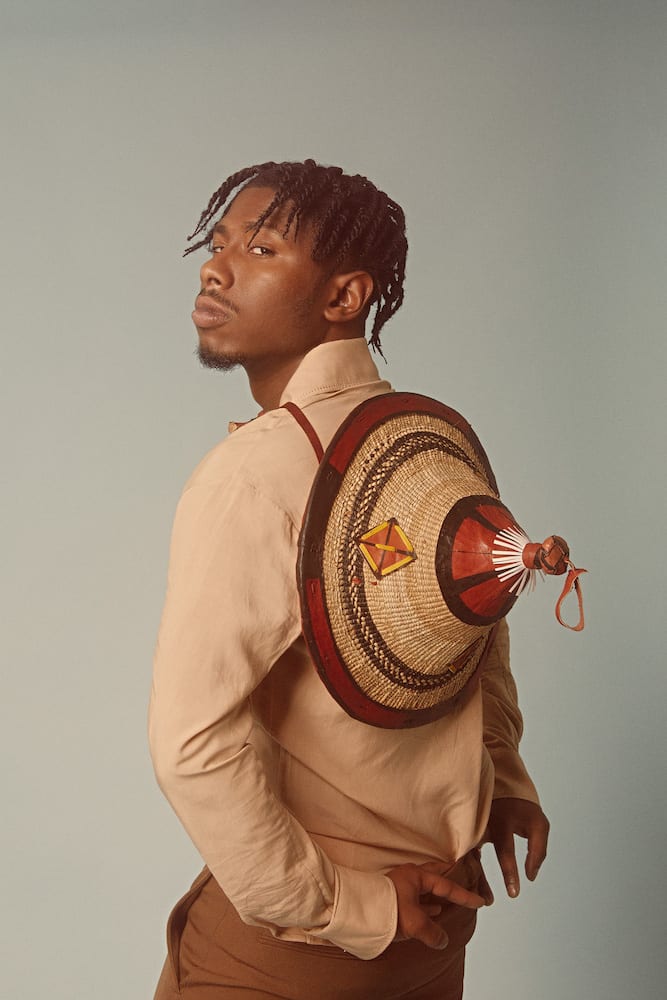 The Source: How did you get started with acting in the first place?
TJ Atoms: Acting found me, man — I can’t even lie. I was chillin’ at this park in Philadelphia, and a lady came up to me. She liked my style and aesthetic, so she wanted me to be in this video that she was producing. I ended up being for a heavy metal band called August Burns Red. It was a full production and I just fell in love with acting after that.

How did you take that minor acting job and turn it into a starring role on Wu-Tang: An American Saga?
I basically had to ask other people about where to go next because, like I said, the lady found me! People told me about Backstage.com, so I went on there, researched a bunch of shit and eventually found my agent on there after submitting some photos I had. My agent just kept submitting to different auditions after that. Mind you, I’ve never had an acting class; I was just out here working. I actually learned how to act through auditioning, bro.

Walk us through the process of how you landed the role as ODB.
I went in originally for Raekwon. I think I killed it, but they brought me back in for ODB. He’s such a huge character to take on, and I didn’t know if I could handle that responsibility at first given the fact that I never had acting classes. I think people are attracted to my acting as ODB because it’s raw. I feel like this: if I actually did have acting classes, [the role] wouldn’t have been as raw as it is, you feel me? ODB was so raw! 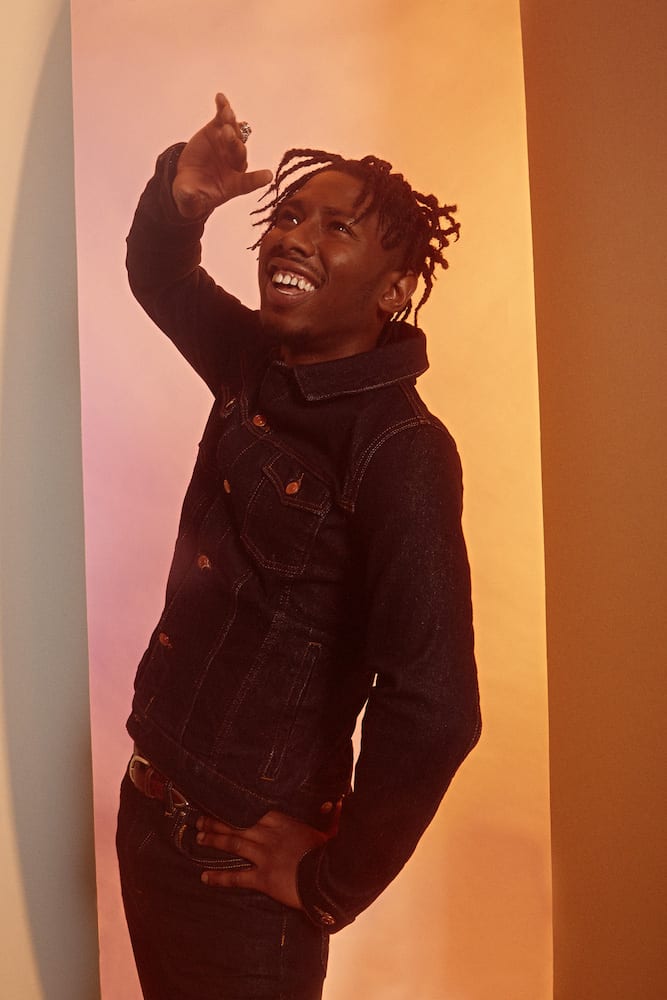 It’s interesting though, because many people assumed his son, Young Dirty Bastard, would pretty much be handed this part. Do you know how he feels about you ultimately getting the role over him?
I’m not sure how his son feels, I’m not even gonna lie. I’m sure he probably wanted to be his dad his whole life. He is playing his dad on tour though, so it’s a hand-in-hand [situation]. I always try to big-up his son in every interview because, on top of studying ODB, I had to study his son’s movement and the way he is onstage with body language. It’s hard to watch ODB with your eye because his movements were ridiculous [Laughs]. I was like, ‘Let me see where I can dial this back and actually catch him.’ [Young Dirty Bastard] is just like his father, so I learned a lot from him as well.

That leads me into my next question actually. It’s a two-parter: what was the easiest thing to channel about ODB and also what was the hardest?
The easiest part about ODB was the humor. I feel like I’m kinda funny within my friend group — I’m definitely the funny one that’s always cracking jokes and having a good time. The hardest was definitely rapping like him. Even the way he moves his neck requires you to move your arms too and still sound like him, too [Laughs]! All of that was crazy, bro. 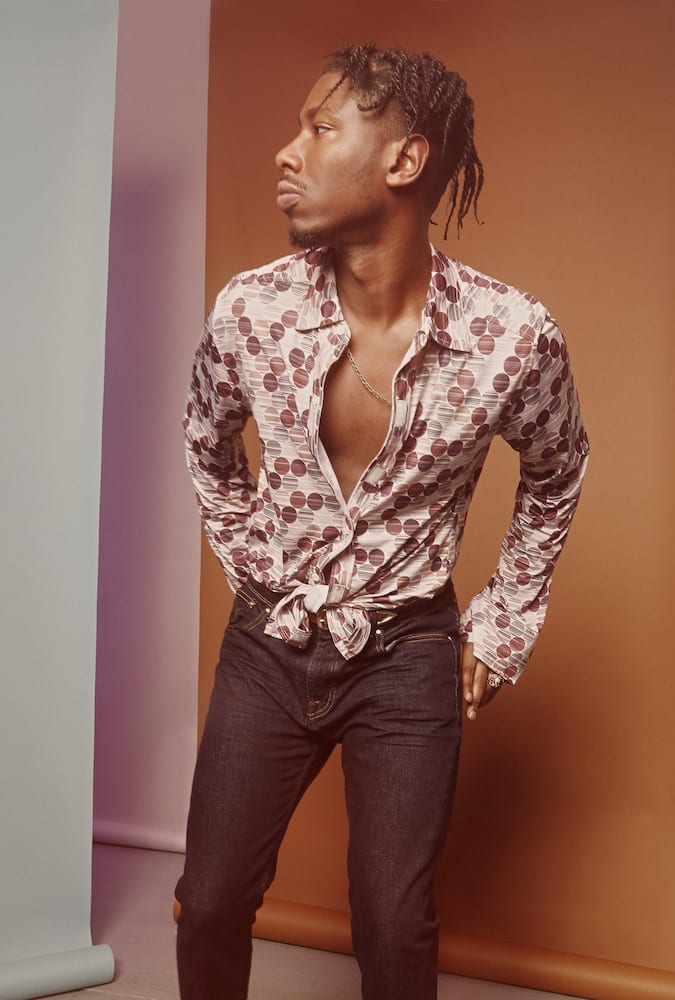 This part must feel like a dream role for you, especially being able to tap into the many different elements of such a complex person. He was comedic, but also serious about his music, then again also quite stylish. There’s so much to pull from!
Bro! When I tell you this is the best thing that could’ve happened to me — bro [Laughs]! I can’t even make that shit up; this is the best role I could’ve got.

Wu-Tang has always been a group where no one member has ever really stood out over the other. How did you and the other guys in the cast put your “actor egos” aside, if there were any at all, to work together as an ensemble?
None of us had egos. I honestly think that, if anything, it was just us feeling each other out in the beginning. From the rip though, Ashton Sanders was like, ‘Bro, you’re gonna be a star!’ That was like one of the first things he ever said to me. I kinda looked up to Ashton and Shameik [Moore] as young Black actors; I felt like they were the two killing it the most. I’m just honored to be on the same page as them. There were no egos though — I love all my cast members. I got moments with each of them outside of the series. It’s really cool. 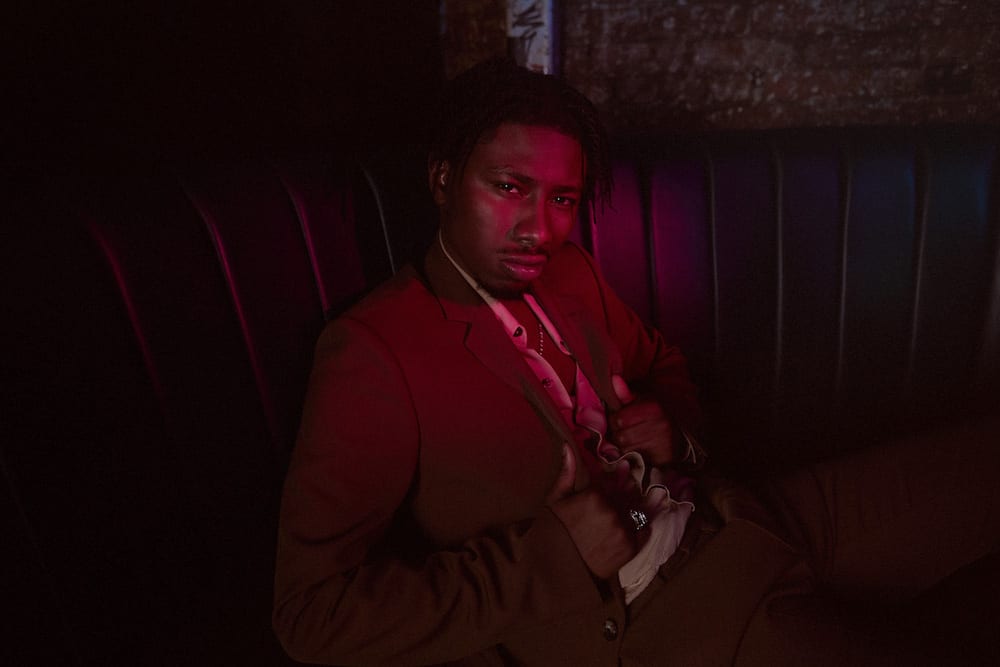 “I feel like [the cast and I] are like the second generation of Wu-Tang, just in a different sphere… each individual actor on Wu-Tang [An American Saga] is a star in their own right by themselves.” 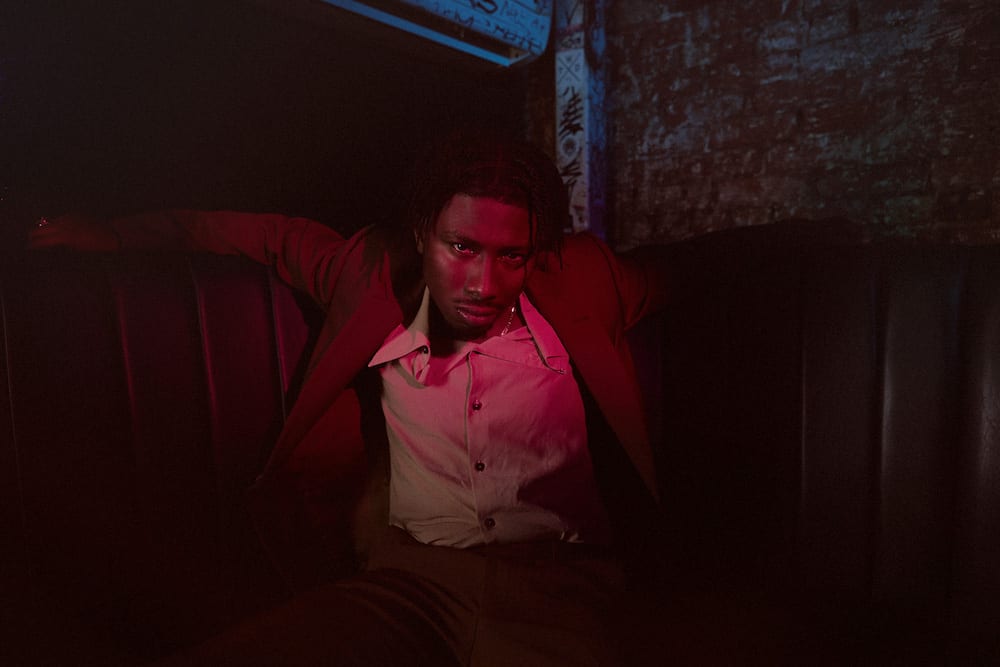 With a lot of these “period piece” movies and shows, people always look to see if the fashion is correct. Man, it’s so on point with American Saga! The Tommy Hilfiger gear in Episode 9 alone speaks for itself. How did you guys manage to get the steez so accurate?
I got to shoutout Marci Rodgers — she is the fashion icon over at Wu-Tang. Her and the team really killed it! It’s all them. I’m not even gonna lie; I had nothing to do with the fashion. Marci and her team built that together.

What was one moment during this season’s filming process that ended up being the most challenging for you?
I’m gonna say [filming] Episode 8 just because of the way it’s shot. It was totally different from TV standards. They shot it in one take basically. Everything else is “shoot and cut,” but this one is — it’s just my favorite episode. I can’t even explain it! We had to stay up until 6 in the morning at times just to get the right shot. We were working on [Episode 8] for like, four fucking weeks! I feel like that episode alone should win a SAG Award — nah, we need an Emmy [Laughs]! 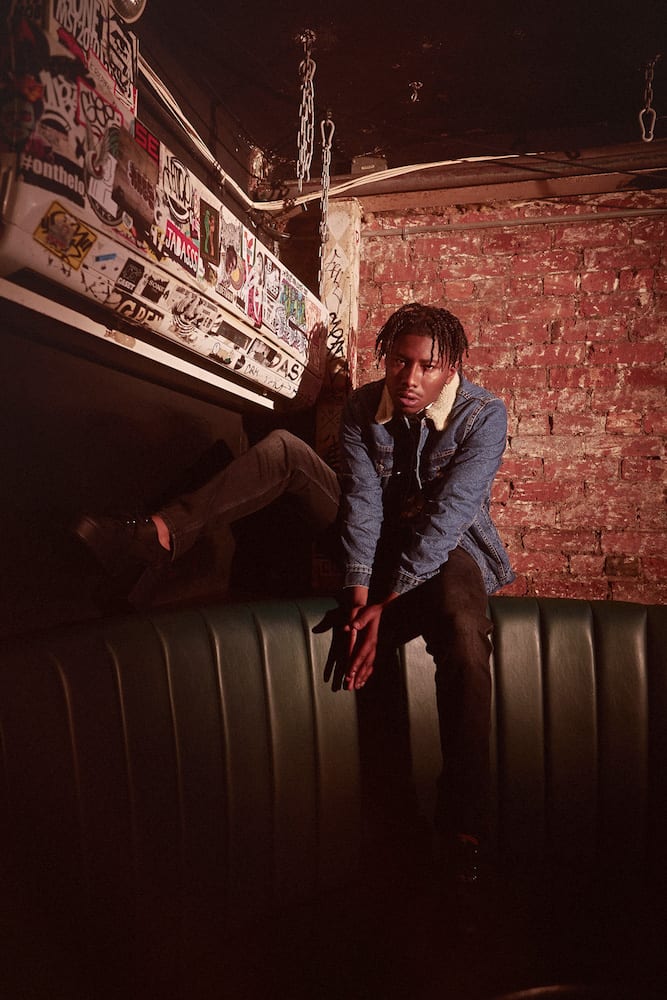 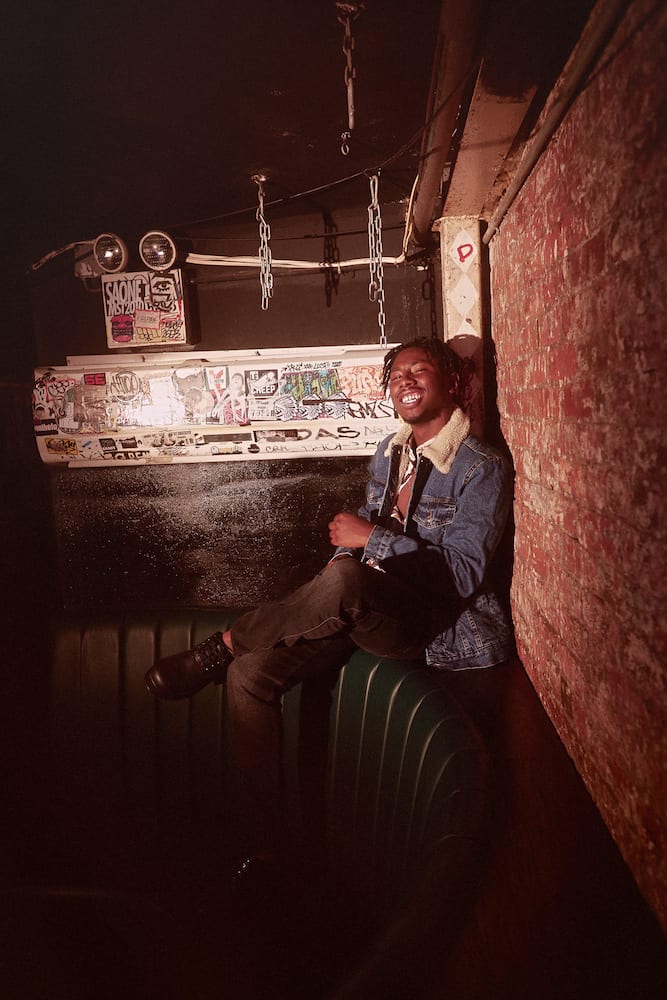 One of the obvious things at the core of this show is the music. What’s your favorite album or song by Wu-Tang? Talk a little about the personal story behind it as well.
So I was in an actual group “back in the day” called Bakery Boys when I was 16. We thought we were Wu-Tang so hard! We had a double B logo, so we took the classic Wu-Tang logo and flipped it. We even made a song called “Bakery Boys Ain’t Nothin To Fuck With” — it’s all on the Internet so check it out [Laughs]! Besides that, if I had to choose a song to get me through my Wu-Tang day it’d be “Can It Be All So Simple.” That’s my shit — ‘Dedicated to the winner and the losers!’ — Wu-Tang is something special. I was a huge fan even before all of this, so I’m just completely at awe. They really kill shit. Even beside the music shit, they’ve proven their ability to transfer into movies. I feel like [the cast and I] are like the second generation of Wu-Tang, just in a different sphere.

Here me out: each individual actor on Wu-Tang [An American Saga] is a star in their own right by themselves. Ashton will have his own blockbuster movie, Shameik is gonna come and kill it and I’m gonna breakthrough and kill shit. However, when we come back each season for the Wu-Tang show, it’ll be the same vibe. We’ll all drop solo movie projects and come back as a group for the Hulu show.

You literally led me into my last question, fam! How do you plan on expanding beyond this role as your acting career progresses?
I plan on working at a lot of different techniques when it comes to my acting. It’s not really about working towards a bigger stage, but more so just going harder. This is just the beginning for me, and I plan on really expanding my horizons from comedy and romance to action and superhero flicks. I got to start getting my P90X on and start flexing — you can “Michael B. Jordan” me soon [Laughs]!

Catch TJ Atoms in the new episode of Wu-Tang: An American Saga right now on Hulu, and stream the season finale next week at the same time. 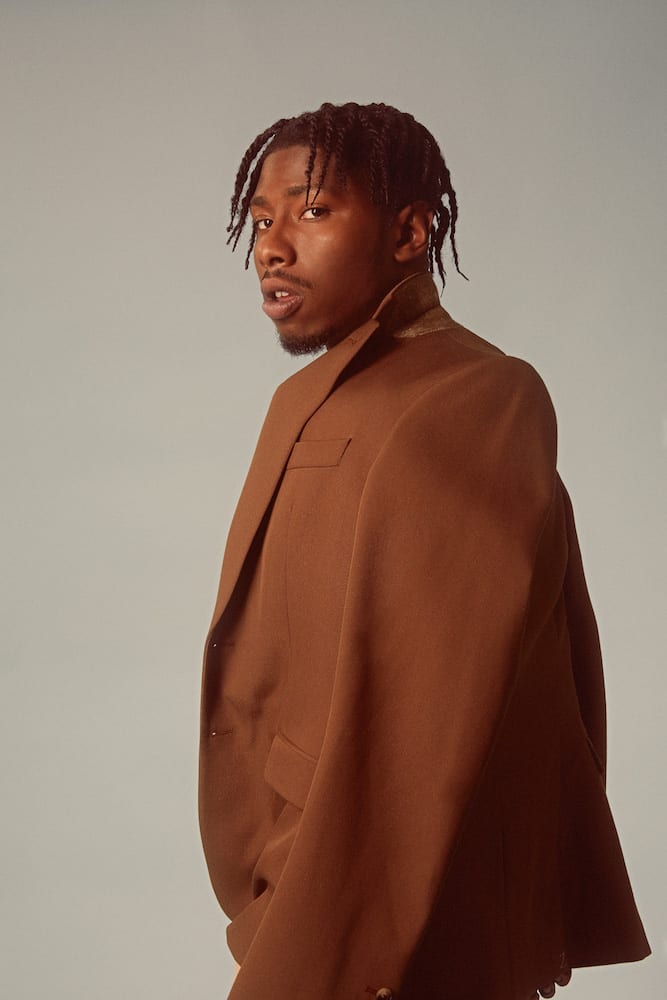