The Atlanta rapper celebrated with her friends in a Wild Wild West Rodeo Themed surprise birthday bash entitled Wild WIld Souf. .And everyone from Trina to Megan showed up in full cowgirl mode complete with chaps, Stetsons, and cowgirl hats. 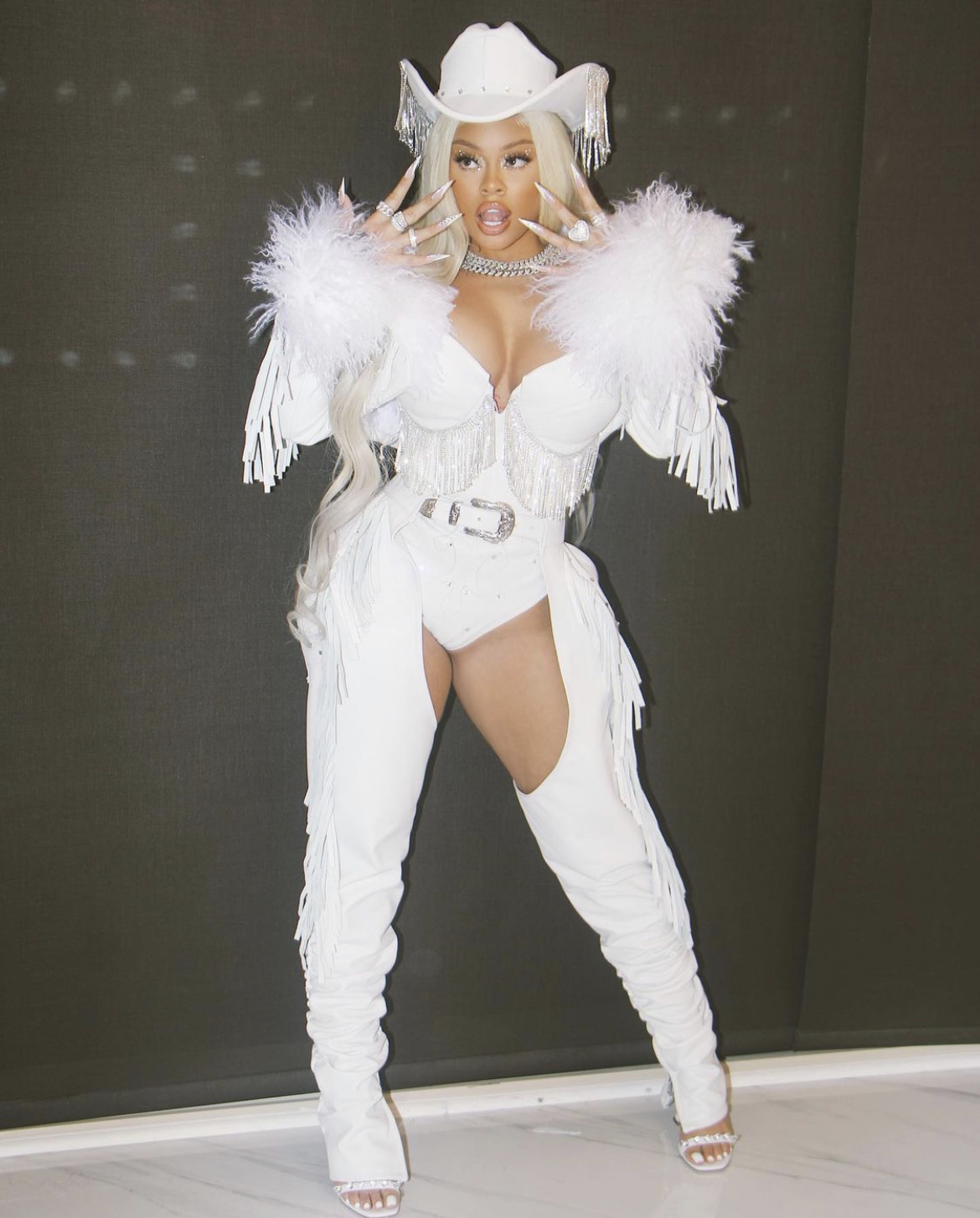 Ending her year off with a bang literally. As fireworks went off in the background the rapper showed in a video her leaving the party with the biggest gift a blue Lambo and a pink Richard Mille watch. After receiving the Lambo, Latto posted a video on Instagram and said that she had a panic attack, hyperventilating, drinking from a bottle of water to calm herself down. “The fireworks are gonna make me cry,” she said in the video.

2021 has been a big year for Latto at just 23 she has made a serious impact in hip hop  Her smash hit “Big Energy” is her second single to appear on the Billboard Hot 100 charts and just recently announced that she will be going on tour and in an interview with Billboard she revealed that she planning to drop a new album. “There’s definitely an album coming soon. These songs that I’m dropping are going to be on the album. I’m just giving a little tease of the variety and diversity in the music, and how much I’m growing as an artist,” she says. “I’m exploring new beats, production, and challenging myself. I’ve been rapping since I was eight years old, so the sound that [my fans] know me for, I’m comfortable with it. That’s my comfort zone. I don’t want to put a ceiling on myself, so I’m switching it up and exploring new things, like “Big Energy.” I’m ready to grow and elevate.”

Take a look at the highlights from her Wild Wild Souf birthday bash below: